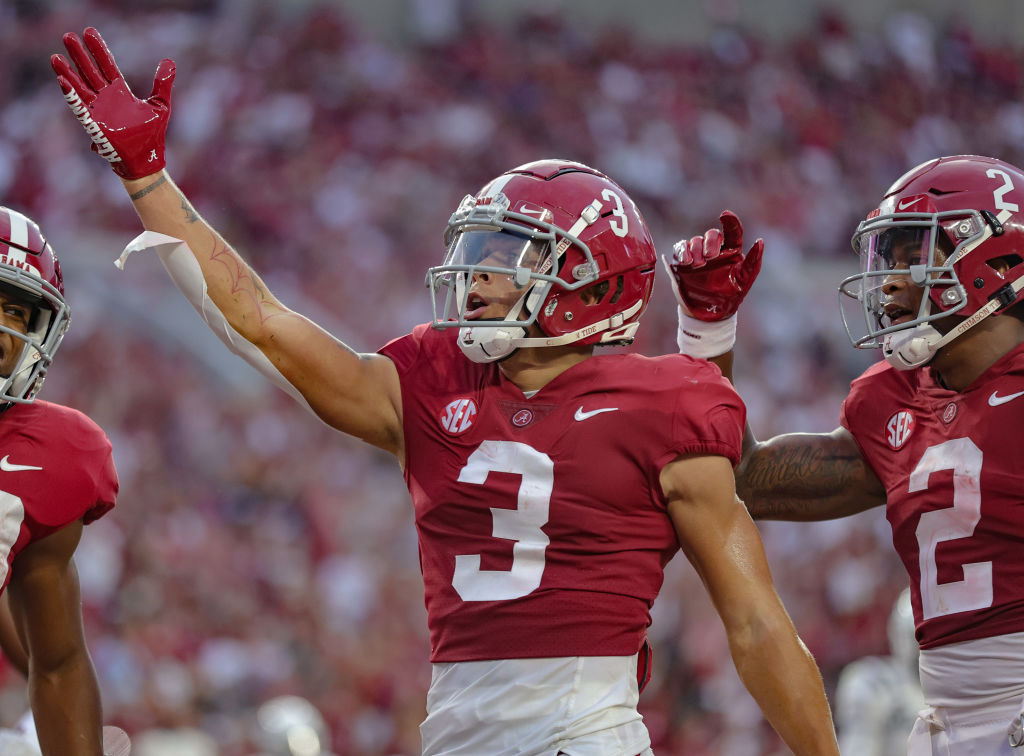 An Alabama fan apparently went too far with his comments about Jermaine Burton’s incident with a Tennessee fan.

Earlier this week, a video showing the Alabama wide receiver allegedly slapping a female Vols fan who ran on the field went viral.

Jermaine Burton smacking a girl in the head after the game pic.twitter.com/6DeqPYJ5WK

One Bama fan defended Burton and said tweeted that he should have “knocked her head off” for running on the field.

“I am glad he did it. Should have knocked her head off. Not supposed to be on the field anyway.”

The fan worked for Kele Solutions, a worldwide distributor for 400+ manufacturers, and the company announced that they had “parted ways” with the fan via a statement on Twitter.

Kele does not stand for or tolerate offensive or hateful comments toward any group or individual. We take this issue very seriously, and as a result, Kele and this employee have parted ways.

As for Burton, Nick Saban told the media earlier this week that he was evaluating the situation.

“We are aware of the situation with Jermaine Burton as he was exiting the field Saturday,” Saban said. “We are currently working to gather more information.”