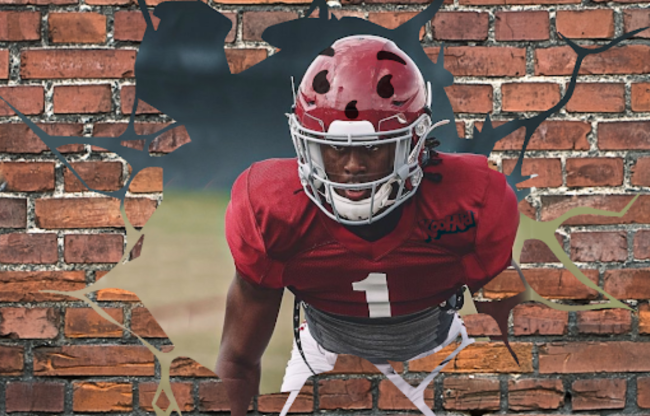 College athletes were allowed to profit from their names, images and likenesses on July 1st. 48 days later, the most obvious partnership of all-time has been announced.

Alabama freshman cornerback Ga’Quincy McKinstry goes by the nickname ‘Kool-Aid’ McKinstry. It even says it on the Crimson Tide official roster.

As such, an endorsement agreement between McKinstry and the beverage brand Kool-Aid only made sense. The two officially announced a deal on Wednesday.

In honor of the partnership, the brand and the cornerback swapped Twitter and Instagram profiles for the day. The drink company, which is owned by Kraft Heinz, displayed McKinstry’s name on its account. 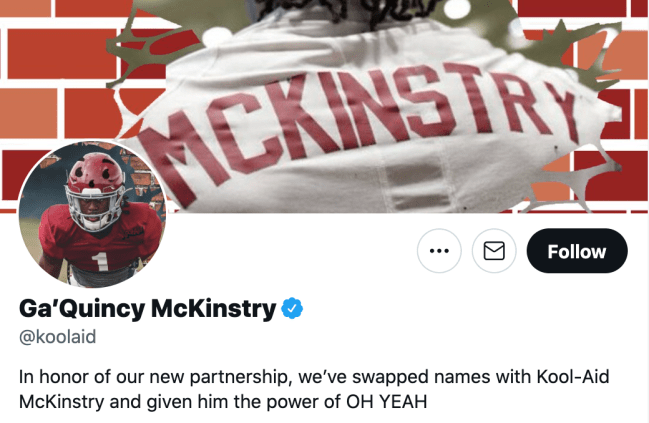 Meanwhile, McKinstry took the title of Kool-Aid man for his account. 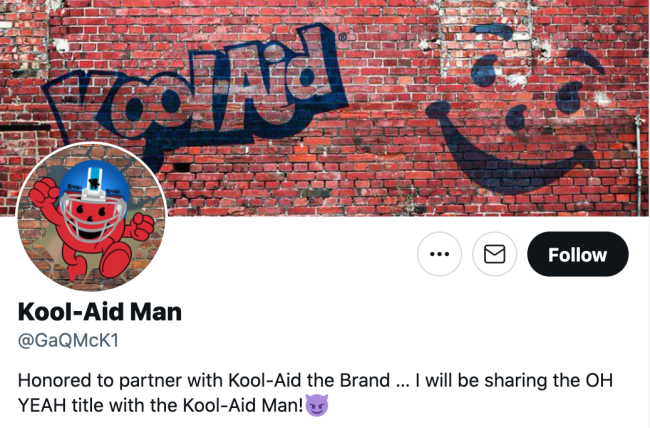 In his official announcement for the deal, McKinstry asked a question. The answer is yes.

Sooooo does this mean I get to shout OH YEAH if I want when I walk into a new room 👀 ?🤔 @koolaid pic.twitter.com/YQJlysjHV5

The financial details of the deal are undisclosed and it is unclear what the terms look like. However, for a nationally-recognized drink company to trade social media personas like it did today, the number must be significant.

The former five-star recruit was Alabama’s Mr. Football in 2020 and earned all kinds of accolades for his play. He is expected to make a big impact on one of the nation’s best defenses and will have a significant presence on the nation’s most recognizable program.

It’s a deal that makes a lot of sense for both sides. Secure the bag!