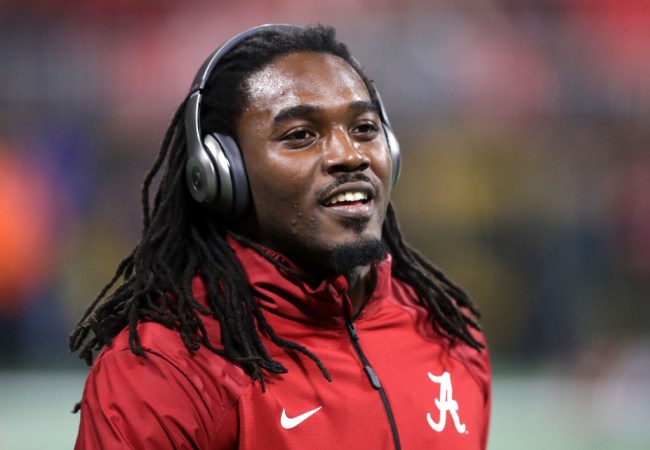 Tonight, President Donald Trump made an appearance on the field for the national anthem before tonight’s College Football national championship game.

Before his appearance in Atlanta on Monday, the President spoke about the entire national anthem controversy in football.

The president has repeatedly urged the firing of players who “take a knee” rather than stand, for NFL Commissioner Roger Goodell to enforce new “rules” on mandating standing, and he has called players’ acts of silent protest disrespectful to the American flag and country.

During remarks in Nashville, Tennessee ahead of his trip to Georgia on Monday, Mr. Trump addressed the controversy again, telling the American Farm Bureau Federation, “We’re fighting for our country and for our great American flag.”

He added, “We are fighting for that flag. We want our flag respected. And we want our national anthem respected also.”

As supporters chanted “USA”, the president went on, addressing the protesters directly. “There’s plenty of space for people to express their views and to protest, but we love our flag, we love our anthem. We want to keep it that way.”

After the national anthem ended and the Alabama players were ready to take the field, ESPN’s cameras caught Alabama running back Bo Scarbough yelling “fuck trump” as he made his way through the tunnel.