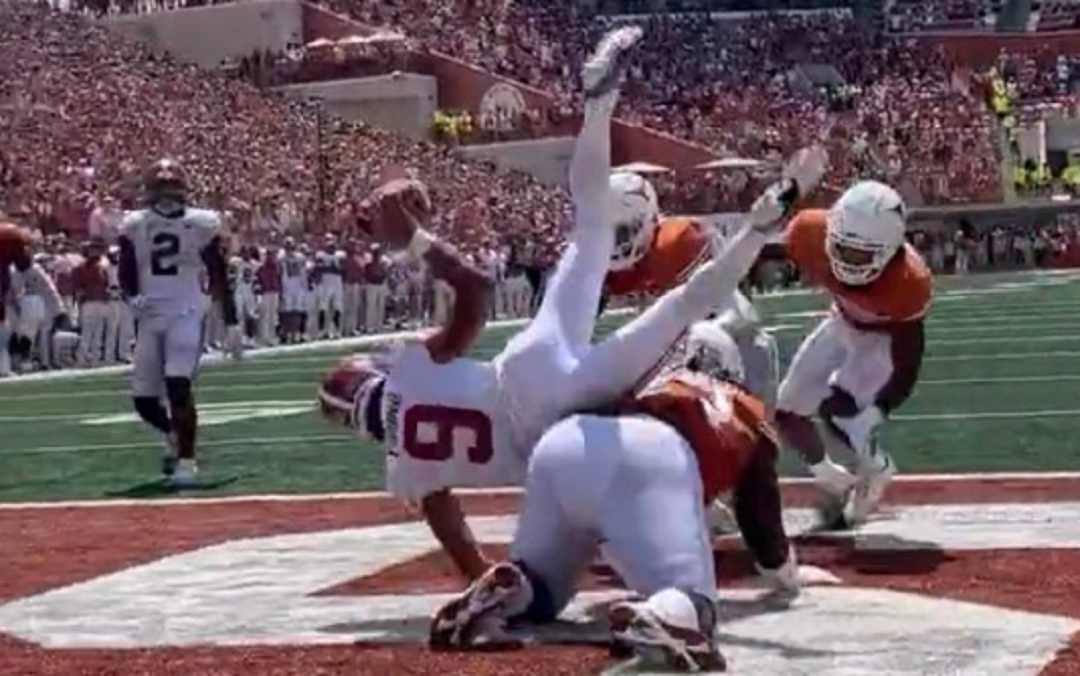 Alabama appeared to get bailed out by the refs during their game against Texas.

In the third quarter of a tie game between Alabama and Texas, it appeared that Texas had gotten a safety by sacking Bryce Young in the end zone.

Refs on the field initially called the play “roughing the passer with targeting” and went to a replay review.

What? they called this a penalty??pic.twitter.com/xcGlOoWTjB

Should this have been ruled roughing the the passer?? 🤔

The ref went to say that the call had been explained to him wrong but that Young had gotten the ball off in time before getting sacked, so it was ruled an incomplete pass and not a safety.

The ref now says the call was explained to him wrong and it was never roughing the passer with Targeting. Never seen anything like this in my life.

Fans noted that even if Young got the ball out in time it should have been called intential grounding and Texas should have still be awarded the safety.

shouldn’t that have been intentional grounding in the EZ and still a safety?

Update: Danny Kannell explains that the ball was batted by a helmet and probably wasn’t intentional grounding.