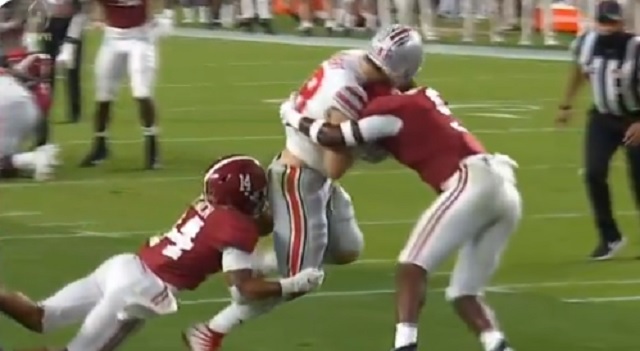 Alabama was forced to play the second half of their national championship game without one of their star defensive backs.

Jordan Battle has been ejected⬇️

Before the ejection, the Alabama safety had three tackles in the game vs. Ohio State.

Battle was in tears on the sideline after getting ejected.

That's tough. Alabama kid (Jordan Battle) on the sidelines in tears after being thrown out of the game for targeting. #CFBPlayoff