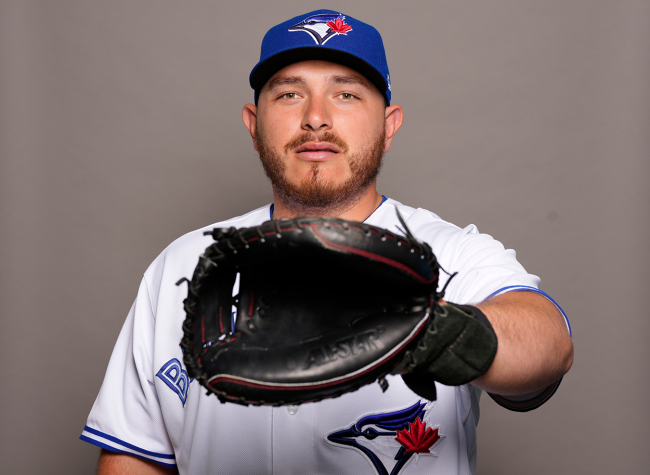 Alejandro Kirk may not be a household name, but he should be. The Blue Jays catcher is hard to miss and he’s a lot of fun to watch.

Kirk was born in Tijuana, Mexico. He was first discovered as a 17-year-old in 2016 during a showcase with the Toros de Tijuana of the Mexican League and signed with Toronto shortly thereafter.

Now, six years later, Kirk is the backup catcher in The Bigs and recently earned an incredible new nickname that is based on his large frame. At 23 years old, he stands only 5-foot-8, but tips the scale at 245 pounds— which is actually down from 265, which he weighed as recently as last season.

Despite having, at one point, the highest BMI of any player in MLB history, he can absolutely move. The speed for which Kirk displays on the base path is almost incomprehensible because it simply doesn’t add up. He’s so fast.

And, of course, he can mash.

Alejandro Kirk is America’s catcher… to the MOON 🤯 pic.twitter.com/tqY8S7NAWE

Because of his ties to Toronto, and his sheer beefiness, he has been given a new nickname that couldn’t be more perfect.

Beyond his deceptive quickness and definitive power, Alejandro Kirk’s road to the MLB makes him even more unique.

Prior to making his big-league debut in 2020, he had never played above the Class A— the lowest level in minor league baseball.

Kirk signed in 2017, played in the rookie-level gulf coast league in 2018, played 2018 in the Rookie Advanced league, and was promoted to Class-A (and later Advanced-A) in 2019. He was expected to being the 2020 season on the Double-A level, but the season was cancelled due to COVID-19 and he ended up on Toronto’s taxi squad in September of that year.

Kirk was then called up on September 11, 2020 and made his MLB debut the next night, recording his first hit in the game. The rest is history and now the Toronto Maple Beef is firmly established on the 40-man roster, which is where he belongs.