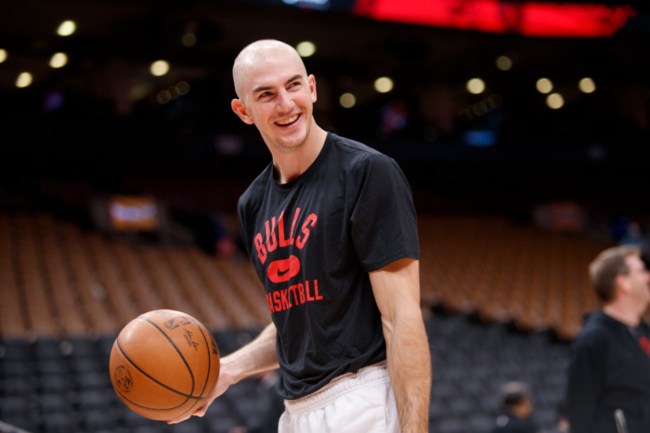 Alex Caruso probably wasn’t laughing when he was arrested for possession of marijuana back in June of 2021, but he appears to be laughing about the situation now.

Caruso, who attended Texas A&M, was arrested by university police and charged with possession of marijuana of under two ounces and possession of drug paraphernalia.

So, when Texas A&M shared a tweet about there being a greenhouse full of legal cannabis on campus, Caruso couldn’t help but crack a joke at his own expense. 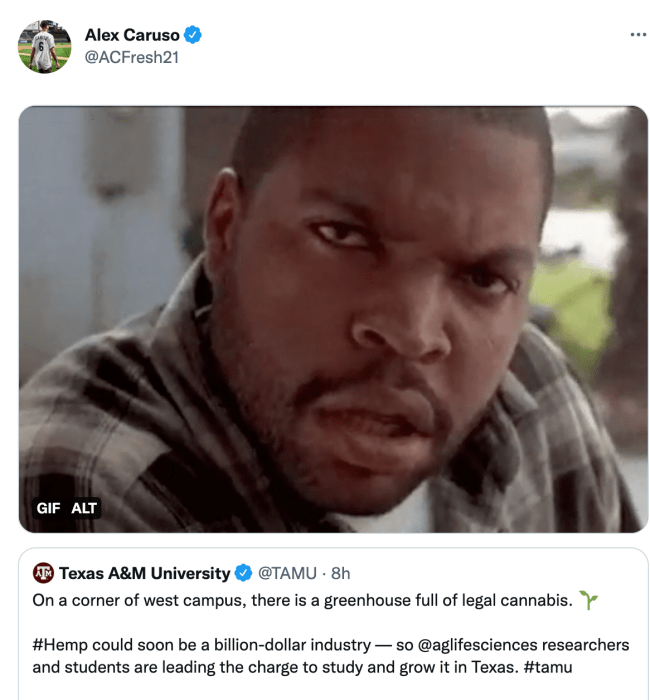 Caruso, who was a member of the Lakers at the time of his arrest, tried to board a flight at Texas A&M’s regional airport. TSA officers searched his bags and found a herb grinder that contained marijuana.

Recreational use of marijuana in Texas is illegal, hence Caruso’s arrest.

Nevertheless, you have to tip your cap to Caruso for the great tweet. Things worked out quite alright for him after the arrest as he signed a four-year, $36 million contract with the Chicago Bulls two months after being charged.