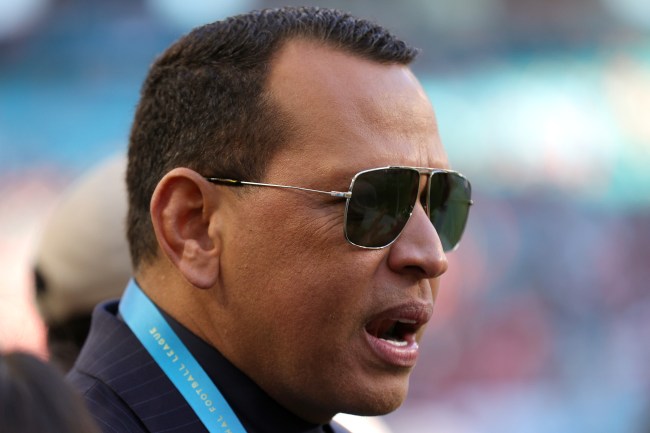 Remember last year when Alex Rodriguez suggested Phillies’ Jay Bruce lay down a sacrifice bunt to move the runner to third because even leads are better than odd ones for reasons that defy logic?

I remember wanting to ask A-Rod who his drug guy is, but then remembered it was Biogenesis of America.

The game drove everyone crazy, including A-Rod, who suggested Braves’ Dansby Swanson and Ozzie Albies to lay down sacrifice bunts in situations that didn’t warrant them.

A-Rod won't stop talking about them so here are pictures of some bundts. Which one is your favorite? #MixItUp pic.twitter.com/NadOJDl2I8

a-rod is staking his career earnings begging for a bunt

A-Rod, will you just shut up, man? pic.twitter.com/r9TRpK92fR

A-Rod had 0 sacrifice bunts over the final 15 seasons of his career.

A-ROD, HANK AARON HAD 3 SACRIFICE BUNTS IN THE FINAL 20 YEARS OF HIS CAREER JFC

A-Rod's been talking about the importance of bunting for like fifteen minutes.

Guess that's why he did steroids all those years.

When A-Rod is still talking about not bunting pic.twitter.com/85r5QQ4htG

Listening to A-rod talk about bunting makes me wanna puke

Another inning with runners stranded in scoring position.

Will A-Rod get to see a bunt? pic.twitter.com/KGK4DtahDx

Every half inning take a shot so that listening to A-Rod will be bearable.

I want to remind the general public that cyber-bullying is bad, even if the victim is worth nine-figures, slapping skins with Jennifer Lopez, and has somehow endeared himself to everyone after lying for decades. Please keep this in mind on your next bunt tweet.

Thank you for your service.

Speaking of service, we’ve got a new podcast up and running folks! It’s called The Endless Hustle, and we examine the lives and aspirations of your favorite athletes.

Your positive reinforcement means everything to me. I am nothing without it.