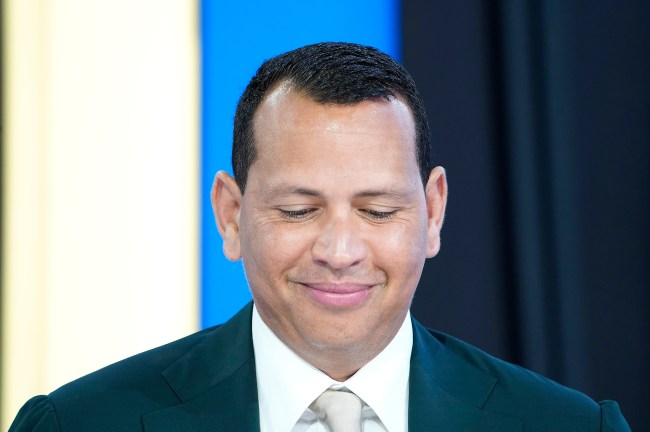 Somebody please call for help, Alex Rodriguez has blown my brain to pieces and I need someone to help me mop it up.

I will forever be in awe of A-Rod for going from the biggest pariah in professional sports to beloved public figure who guys respect, moms adore, and J-Lo fucks.

But Rodriguez’s time in the announcers booth has tested my patience, as the 14-time All Star often just says shit just to say shit.

In the bottom of the 7th with the Phillies up 2-1, A-Rod suggested Jay Bruce lay down a sacrifice bunt to move the runner to third. Why? It’s too dumb to even explain. Just listen to the clip below.

“I just love the bunt here. I love getting over to third base, making the game 3-1. You always want even leads vs. odd leads. Why? The solo home run doesn’t tie it and the grand slam doesn’t beat you.”

Hey A-Rod, I award you no points, and may God have mercy on your soul.

A-rod out of nowhere with the dumbest thing I've ever heard on a baseball telecast. "You always want even leads versus odd leads…."

When you’re up 3-1 and you hit a solo home run pic.twitter.com/AfiBImNmSD

A-Rod advocating for a sac bunt because it gives you an even lead instead of an odd lead. Reminder: in his 22 year baseball career Alex Rodriguez had zero sacrifice bunts https://t.co/0jRh29cRzv

I think there’s just one thing left to be said:

I do not like Alex Rodriguez as a commentator