Alex Rodriguez Showed Up To Packers-Niners Game With New Girlfriend 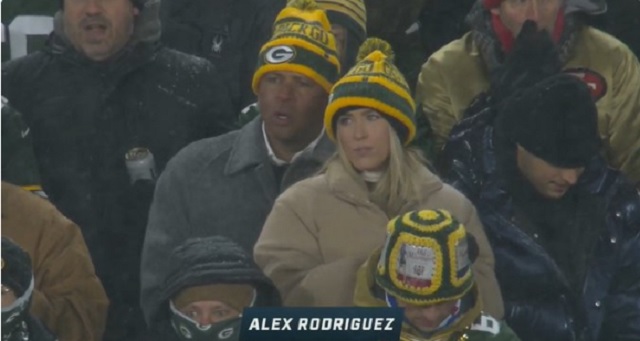 Alex Rodriguez appears to have moved on from JLO.

On Saturday night, A-Rod was spotted in Green Bay enjoying the Packers-Niners game with a new girl.

Lambeau is the place to be for A-Rods 🥶

At first, people thought the woman at the game with A-Rod was CBS NFL sideline reporter Melanie Collins who has been previously linked with the former baseball star.

We have an Alex Rodriguez sighting. Believe that is Melanie Collins, #CBS #NFL sideline reporter and @GolfChannel host. They have been rumored to be dating for about half a year. #SFvsGB #NFLPlayoffs pic.twitter.com/gO8RB6ffnR

Apparently, the woman with A-Rod is not Melanie Collins, but Kathryn Padgett, a nutritionist from Dallas, Texas.

For those who care, Alex Rodriguez was spotted at the Packers game with Kathryne Padgett. Not NFL sideline reporter Melanie Collins as some have earlier pointed out #CapitalJJournalism pic.twitter.com/eViDWyDDuo