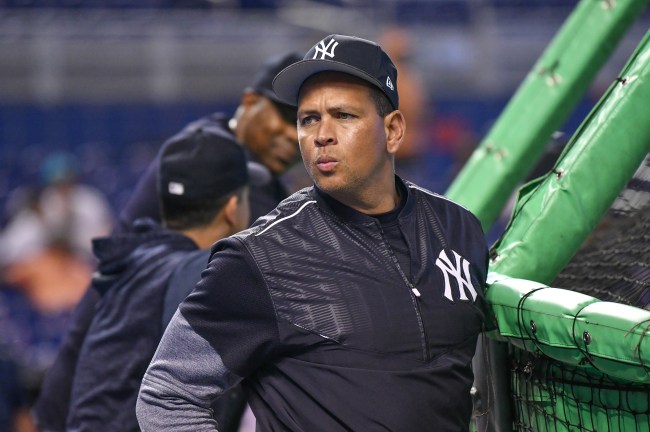 There’s an app from PopSugar that’s supposed to tell people which celebrities they look like. I’ve never downloaded the app and tried it out myself, nor have I see any of my friends or family with the app.

To date, the only times I’ve seen the app used is when celebrities post screenshots to Instagram of them showing how they look 85% like themselves. Here’s an example of Zach Braff telling the world that he looks like Zach Braff.

Why am I talking about this? Because if Alex Rodriguez ran a picture of himself through the app then it would probably tell him he looks like A-Rod, the guy dating Jennifer Lopez. It would’ve also been the ultimate troll job if he busted out that app in this clip below.

Here, A-Rod’s talking to some woman in a waiting room who is trying to convince him that he looks like Alex Rodriguez, ‘the guy that J-Lo’s dating’, and she even goes as far as showing him pictures of himself. Alex plays along the entire time, calling himself a tool, and only telling her the truth at the last second after trolling her for a while.

I’m not even going to hate on this girl for holding a picture of Alex Rodriguez in her hand while looking at him and telling him he looks like himself because I’ve fucked up like this before myself. I once bought fake concert tickets off of Craigslist that were printed using a 100% genuine reel of TicketMaster tickets and they looked legit. The guy met me on the street and I actually brought a pair of REAL tickets with me to compare and I still thought they were legit even though there were slight differences.

Sometimes your eyes play tricks on you even when the truth is staring you in the face, and that’s exactly what happened here.