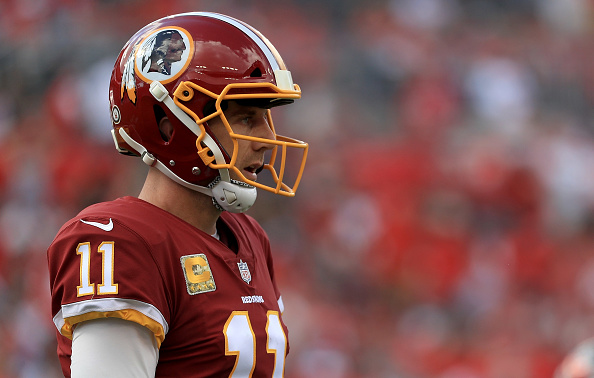 Alex Smith’s NFL career could be in jeopardy after he developed serious complications following his surgery to repair his broken leg sustained in a game a few weeks ago.

And was later corroborated by Eric Bickel who went on to say that Smith’s career was in “real jeopardy” due to the infection.

Hearing from several different people over last few days that Alex Smith is having devastating complications from his broken leg surgery battling infection. Supposedly he's had multiple surgeries to try to combat infection. Chances of him playing again in real jeaopardy.

NFL.com’s Ian Rapoport also confirmed the report said that it was too early to know the ramifications of the infection had on Smith.

#Redskins QB Alex Smith is battling an infection related to the surgery he had on his broken fibula and tibia, sources say. It’s premature to say what this means for his playing future. But it is being handled with care and dealt with seriously by doctors.

The Redskins also released a statement this morning asking for prayers.

Statement by the Washington Redskins: pic.twitter.com/SROL4sPVFM