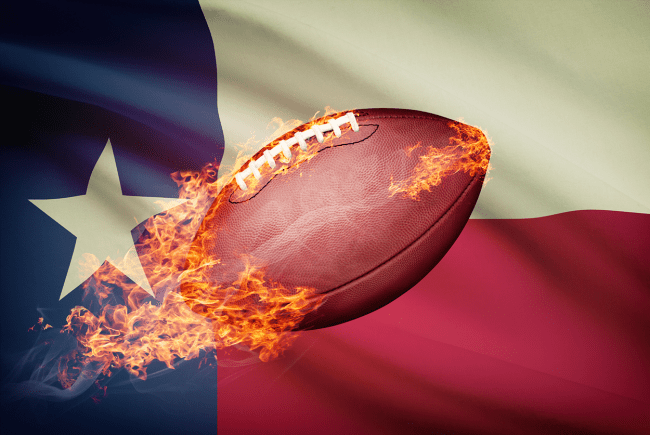 Located just outside of Corpus Christi, less than three hours away from the U.S./Mexico border, sits Alice, Texas. The town, which totals only 12.58 square miles, has a total population of less than 20,000 and was known for its large cattle industry and petroleum, is also considered the ‘Birthplace of Tejano Music.’

Although it may not be the biggest city in Texas, its people are equally — if not more — passionate about their football. Monday morning was no exception.

Alice High School football went 3-7 in 2021. The Coyotes were not very good, but four of the seven losses came by a touchdown or less, which brings a lot of hope for things to turn around in 2022.

With the season set to get underway on August 26th, Alice began its summer practice schedule on Monday. Not on Monday afternoon, not on Monday morning.

The Coyotes opened their 2022 season with a midnight practice. It’s a fun tradition that kicks off the fall in style and makes the first practice of the year an event.

The entire town comes out to support their high school football players as they take the field for the first time in the summer. Cheerleaders and fans line the entrance of the practice facility and even the police show out with lights flashing to welcome the team into the new year.

Once the players get inside, fans pour into the facility to get a glimpse at their local team. The entire thing is the definition of passion.

When the clock strikes midnight on "Football Christmas Day", the Alice Coyotes come ready to play…and so does the entire community of Alice, TX, USA!#nosleepinginalicetonight pic.twitter.com/KJRQSys8MS

Remember, this reaction is for a team that lost four more games than it won last season. That didn’t stop Alice from showing up and showing out! Truly incredible scenes.