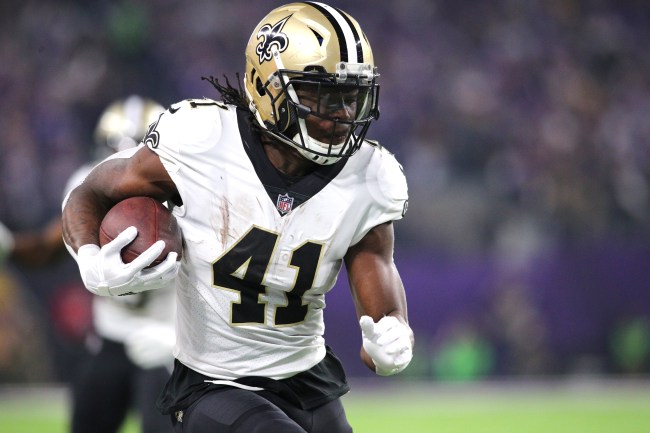 Alvin Kamara is surely going to have some explaining to do.

On Friday afternoon it was revealed that Kamara could possibly miss a playoff game after testing positive for Covid-19.

Saints’ RB Alvin Kamara tested positive again and will be placed on Reserve/COVID, per source. He’s out Sunday and now the question will be whether he reruns for the first playoff game.

New Orleans Saints running back Alvin Kamara has tested positive for COVID-19, leaving his status for a potential postseason opener next weekend in question, a source told ESPN’s Adam Schefter.

According to the NFL’s COVID-19 protocols, a player who tests positive is not permitted to return until 10 days have passed since the specimen that tested positive was collected. Kamara is eligible to return to play next Sunday provided he remains asymptomatic, a league source told ESPN’s Jeremy Fowler.

After Kamara tested positive a Facebook photo went viral on social media/Reddit alleging that Kamara was out on December 26th and took pictures with female fans without wearing a mask.

It’s unclear where the photo came from but after the Dwayne Haskins situation last week, the NFL will more than likely look into it.