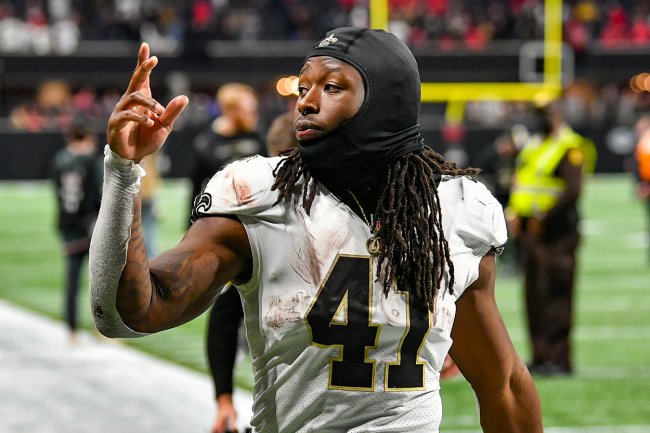 Alvin Kamara’s fifth year in the NFL was not his best, but it was marred by injury and he was still the most athletic player on the field when he was out there. As he continues to get back to full health and looks ahead to the 2022 season, he is putting in the extra work to become more balanced, agile and quick.

Of course, those are the three most important components for a running back. Especially one like Kamara, who runs between the tackles, can break to the outside, and plays an important role as a pass-catcher.

With more than 4,000 rushing yards and 3,000 receiving yards in his career, Kamara is a workhorse. His best quality is his ability to avoid being tackled.

Kamara is fluid in his movement and smooth in his stride. The way that he slips out of tackles and jukes defenders out of their shoes is an art. In addition to his natural athleticism, it takes a lot of work outside of Sundays to get to the level on which he plays.

The way that Kamara makes it look easy speaks to his incredible strength, balance and dexterity.

The 26-year-old do-it-all back will look to recreate his career-high productivity from 2020 in 2022. If his workouts are any indication, he is well on his way.