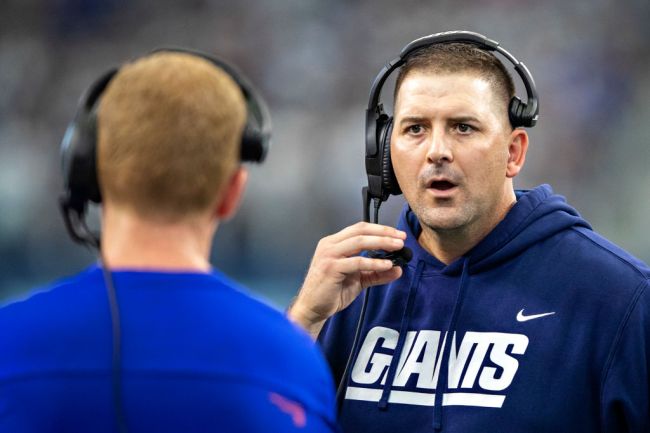 Things are not well within the New York Giants organization. The team is 1-5 on the year, injuries are piling up, Joe Judge simply seems to be in over his head, and Daniel Jones hasn’t been great. For one former player, he’s seen enough out of this bunch.

Amani Toomer, the franchise’s all-time leading receiver, recently joined the ‘Blue Rush Podcast‘ and tore into the current state of the Giants.

“I dig into the body language, right,” Toomer said. “… Are they excited, are they edged up? They didn’t seem that way to me. It’s easy for me to say but the amount of points they got beat by [the Rams] didn’t look like they were excited.”

“They don’t look like a team that belongs on the field,” Toomer said. “It’s almost like they were playing Alabama. It’s really sad to see the state of the Giants right now.”

A team that doesn’t look like they deserve to even be on the field? Yeah, that’s a pretty strong insult there, but Toomer isn’t necessarily wrong.

The Giants have looked bad, really bad, and occupy the basement of the NFC East with no real hope of escaping that dungeon anytime soon.

Judge is only in year two as the head coach of the Giants, but there’s no denying that his seat is warming up, and not in a good way.