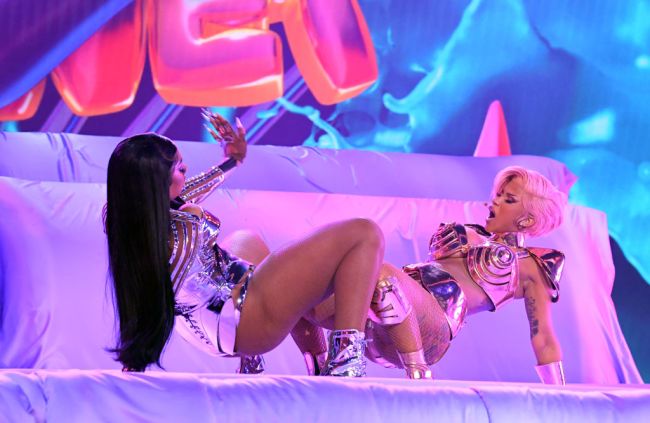 More than 380,000 people packed into Chicago’s Grant Park over the weekend for Lollapalooza, a 30-year-old music festival with some of the world’s biggest stars. Among the stacked lineup of performers, none shined more than ASL interpreter @Kelly4Access on ‘WAP.’

Since its release nearly a year ago, Cardi B and Megan Thee Stallion’s rather explicit song has set the internet on fire. It has been met with both praise and outrage over its raunchy lyrics. Among the highlights:

Well, Megan Thee Stallion took centerstage on Saturday night and tore the house down. However, as she performed ‘WAP,’ it was her support team that stole the show.

An interpreter accompanied Megan at side stage to perform the song in American Sign Language. One fan captured a clip of her performing Cardi B’s verse and it is as explicit, if not more explicit, when translated to ASL.

The performer, @Kelly4Access, can be seen going absolutely crazy as a previously-recorded Cardi raps her verse. In the full video that TikTok user @vitalsenise posted, Megan Fox and Machine Gun Kelly casually walk by at the end.

How they were able to pass by the ASL performer without stopping and marveling in her greatness is beyond me.

After the video started to go viral, Kelly addressed the performance on her Instagram and used the opportunity to celebrate other deaf performers and members of the deaf community.

Credit to her for spreading the love!