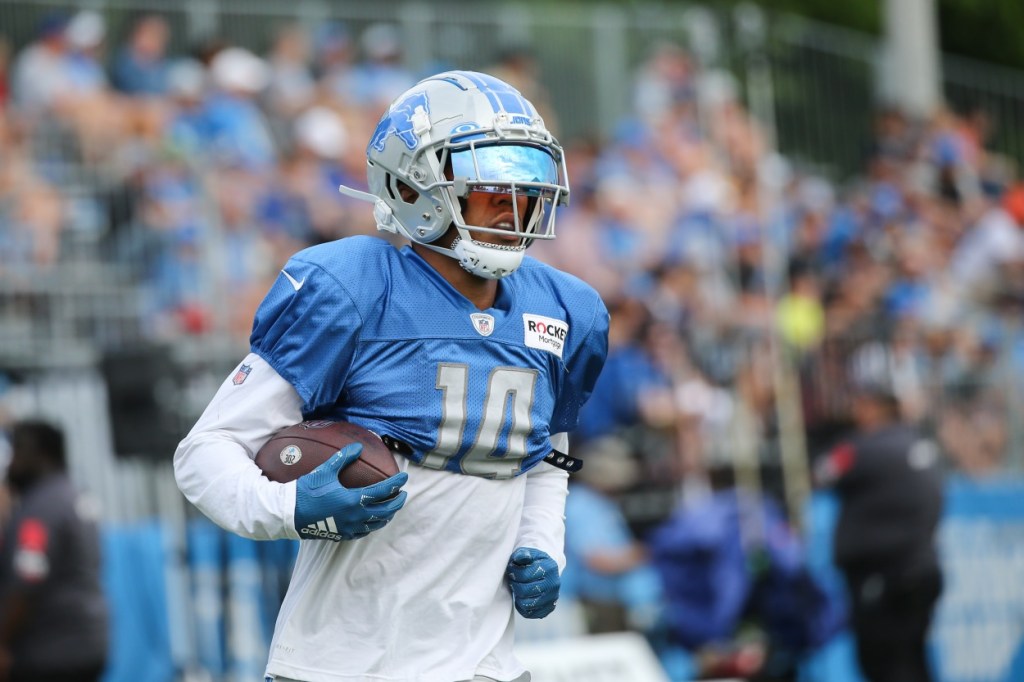 The second episode of HBO’s Hard Knocks: Training Camp with the Detroit Lions aired on Tuesday night. This episode featured an instant classic moment with wide receiver Amon-Ra St. Brown who was drafted in the 4th round and the 112th overall pick of the 2021 NFL Draft..

Amon-Ra St. Brown was asked about the NFL Draft experience. In his words, ‘the Draft experience was s–tty.’ And that’s because he sat there as 16 other wide receivers were drafted ahead of him. Now he’s got a chip on that shoulder.

The Hard Knocks clip featuring Amon-Ra St. Brown shows him listing off all the wide receivers who were taken ahead of him. Names he will never forget. And he uses this as fuel to prove his value on the field. ESPN currently has him ranked as the 22nd fantasy football wide receiver (PPR), for what it’s worth.

Here’s that clip of Amon-Ra talking about the NFL Draft:

#Lions WR1 Amon-Ra St. Brown knows all the receivers drafted ahead of him in the 2021 Draft.

I wouldn’t say that I’m immediately hooked by this year’s Hard Knocks: Training Camp with the Detroit Lions the way I have been in years past. But I do root for the Detroit Lions even though I’m a born and raised Buccaneers fan. We have to clarify ‘born and raised’ now that there’s a Brady bandwagon out there. But this was an amazing moment from Amon-Ra St. Brown that immediately got compared to Michael Jordan’s ‘I took that personally’ meme.

Amon-Ra coldly recalling every single WR drafted before him is incredible. I love it.

Amon-Ra St. Brown has repeatedly mentioned how he knows exactly who was taken before him. and how he’ll make those teams regret it. that draft scene 🔥🔥🔥🔥

Will Amon-Ra St. Brown and the Detroit Lions be good this season?

Dan Campbell is the man. The Detroit Lions are a fun team to root for but it remains to be seen if the results will come.

Las Vegas currently has their over/under wins total set at 6.5 which isn’t ideal for having fun in the stands. 7 wins would be their most since 2017 and mark improvement in the right direction after a 3-13-1 season in 2021.

Did you catch this electric Hard Knocks moment during Aidan Hutchinson's performance? https://t.co/wZ9r0JkbQk