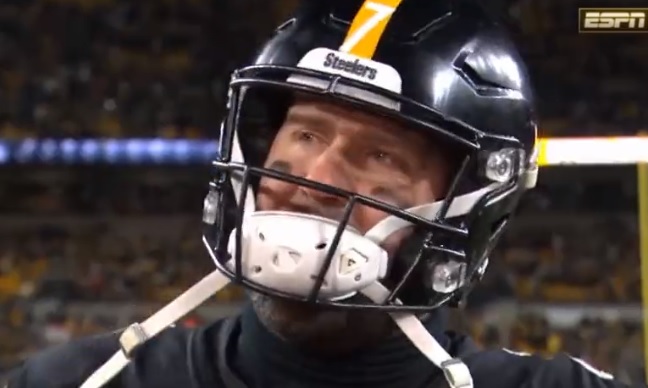 Ben Roethlisberger was extremely emotional after playing what could be his final game as a Steeler in Pittsburgh.

Last month, ESPN’s Adam Schefter revealed that Roethlisberger had told team officials that he believed this would be his final season with the organization.

Ben Roethlisberger privately has told former teammates and some within the organization that he expects this to be his final season playing quarterback for the Steelers, league sources told ESPN.

On Monday night, it was clear that Roethlisberger knew that this would be his last game in Heinz field and took a final lap around the stadium after taking a knee.

Big Ben taking a lap after the last hime game of his career. pic.twitter.com/UgFzS2CfGf

During his postgame interview with Lisa Salters, Roethlisberger fought back tears while talking about what it meant to play in Heinz Field all these years.

An emotional Ben Roethlisberger tears up while talking about final game in Pittsburgh pic.twitter.com/dmxVmmiLXV