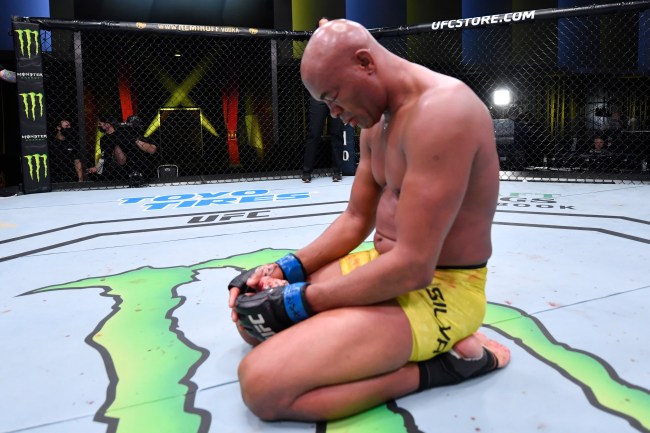 In what was billed as his final UFC fight, Silva suffered a fourth round TKO loss to Uriah Hall.

Hall catches Silva and ends it with some ground strikes 👊#UFCVegas12 pic.twitter.com/7Nx1W7AKKF

Hall went on to apologize to his idol for beating him.

After defeating his idol, @UriahHallMMA shared a special moment with @SpiderAnderson in the Octagon after #UFCVegas12 🥺 pic.twitter.com/cQxAXtwUCD

After the fight, an emotional Silva said goodbye to the Octagon one last time.

Update: Silva said he would not be fighting in the UFC anymore but didn’t close the door on his MMA career.

Anderson Silva tells Michael Bisping this is “the final day” in the UFC. But then when asked if it’s his final MMA fight, he says, “I don’t know,” with a smile.