Good Guy Andre Drummond Leaves A $1,000 Tip On A $164 Check At Florida Restaurant 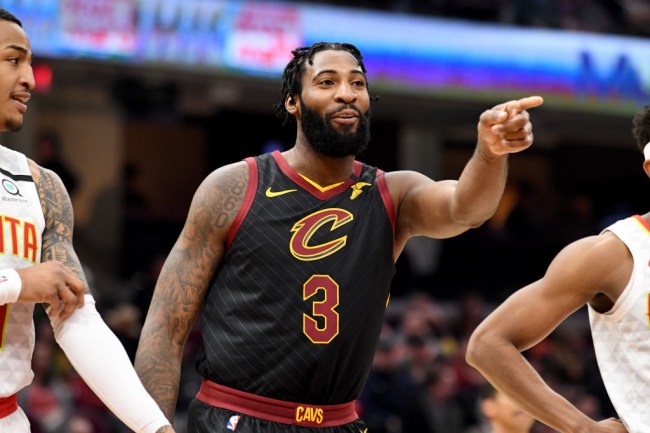 Andre Drummond caught the charitable act bug over the weekend and left a gigantic tip for a waitress at a Florida restaurant on Sunday.

The Cleveland Cavaliers big man left a $1,000 tip on a $164 check at Che Restaurant in Delray Beach and his waitress, Kassandra Diaz, was more than appreciative.

“When I was given the checkbook, I went to put in the tip & information to close the table and I couldn’t believe it,” Diaz wrote in the caption of the photo she posted on Instagram. “From a $160 check, the tip read $1,000. I was shaking and had tears of happiness after what he left me.”

“I had no idea how to react, I didn’t want to draw attention but at the same time I couldn’t describe the amount of appreciation I had/have,” Diaz wrote. “It’s so amazing to see people displaying acts of kindness in these uncertain times. This is a story I will never forget, thank you again so much @andredrummondd!!”

Diaz was allowed to keep the entire tip as well.

Leaving a $1,000 tip doesn’t necessarily make a dent in Drummond’s bank account seeing as how he is making over $27 million this season, but it doesn’t make this act any less awesome.

Che Restaurant in Delray Beach is now the second Florida restaurant to be given a huge tip recently. Chad Johnson, who is well known for his awesome charitable acts, left a $1,000 tip on a $37 tab just last week.