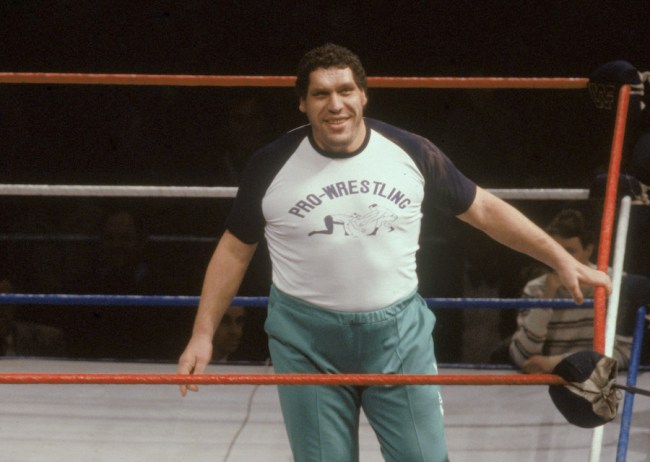 Andre the Giant drinking stories are numerous and legendary.

The stories are so plentiful that the director of Andre’s HBO documentary had a hard time figuring out which tales were legit and which grew bigger over time.

During a recent deep dive into biographies of legendary wrestling figures, I came across two Andre the Giant drinking stories that I’d never heard before in Bobby Heenan’s book, “Bobby The Brain: Wrestling’s Bad Boy Tells All.”

Heenan worked as Andre’s manager in a few different wrestling territories, most notably during the build-up to the legendary match against Hulk Hogan at WrestleMania III.

In his book, Heenan discusses Andre’s legendary drinking ability. The first involved meeting Rob Reiner, producer and director of The Princess Bride. Andre had a major role in the movie, and when the wrestler wasn’t on set, he was at the hotel bar.

“I met Rob Reiner at the Comedy Awards in Los Angeles after Andre died,” recalls Heenan.

After introducing himself to Reiner, the director commented, “Andre was quite a guy.”

Reiner then shared with Heenan that when Andre stayed at the Hyatt in London during filming, the wrestler’s final hotel bill was sent to Reiner.

“Do you know what his bill was at the Hyatt in London the month we shot the movie with him?” laughed Reiner. “Forty thousand dollars. And there wasn’t one movie charge on the bill. He never left the bar.”

Speaking of Andre’s drinking during The Princess Bride filming, actor Carey Elwes wrote a story in his autobiography about the 7′ 4″ giant getting hammered before the first script reading.

The second story occurred at a Marriot bar in Kansas City. At midnight, the bartender told Andre that it was the last call and retold the story to Heenan.

“Last time he was here, I gave him last call, and he didn’t want to leave. I told him I could only stay as long as he was drinking.”

Andre then ordered 40 vodka tonics and sat and drank them until 4 in the morning.

This massive consumption of alcohol – and the eating that likely occurred during these drinking binges – is probably the explanation for his earth-shattering farts.