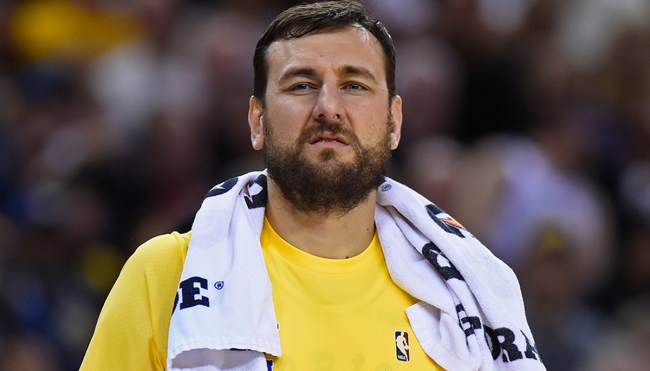 When the Golden State Warriors clinched a playoff spot in 2013, it marked just the third time the team had been able to do so in the previous 20 years.

That campaign would serve as a pivotal turning point for a franchise that would only continue to add weapons to its roster before kicking off a truly unreal run that saw the team flourish into a dynasty that punched its ticket to the NBA Finals five years in a row.

The Warriors won three titles over the course of that span, the first of which was secured in 2015 when Golden State appeared in the Finals for the first time in 40 years. By that point, the team had tapped Steve Kerr as head coach and supplemented the offensive prowess of Steph Curry and Klay Thompson (a.k.a. The Splash Brothers) with the shutdown defense of Draymond Green and Andrew Bogut, which resulted in the creation of the NBA’s most formidable squad.

The Warriors were anything but underdogs over the course of a regular season that saw them finish with the best record in the NBA and 11 games ahead of the second-best team in the Western Conference. However, it was hard not to root for them thanks to the awe-inspiring dominance that even the league’s referees may not have been immune to.

During a recent appearance on The Ryen Russillo Podcast, Bogut reflected on the initial championship run and the accusations of favoritism levied against a Warriors team that seemed to get fairly preferential treatment from officials who turned a blind eye to some questionable activity.

Bogut didn’t deny that was the case, but during the segment (which kicks off around the 7:35 mark of the episode), he implied he was able to get away with illegal screens because the refs were so captivated by the performance of his teammates:

“One thing that was crazy about that run was the s—t that I used to get away with screening. Man, it was all time.

If I was in Milwaukee and I set that I’d foul out in the first quarter, but playing in Golden State, when they started to become that underdog team—that “America’s Type” team—that was building up, I knew once Steph or Klay got hot, the refs would be in the moment as well.

I could literally clothesline someone off the next pindown because I knew that if Klay just hit three in a row and the crowd’s on their feet, he’s getting his fourth—I could punch somebody in the face on a screen, knock them, out, and they wouldn’t call it. Klay would get his fourth 3 and even the refs would go “Wow.”

Then, I get traded to Dallas and set those same screens and I’d get 3 fouls in the first quarter. It was just crazy with the stuff I used to get away with there.”

We might take the Warriors for granted now, but based on just how electric they were when they first burst onto the scene, it’s kind of hard to blame the refs.