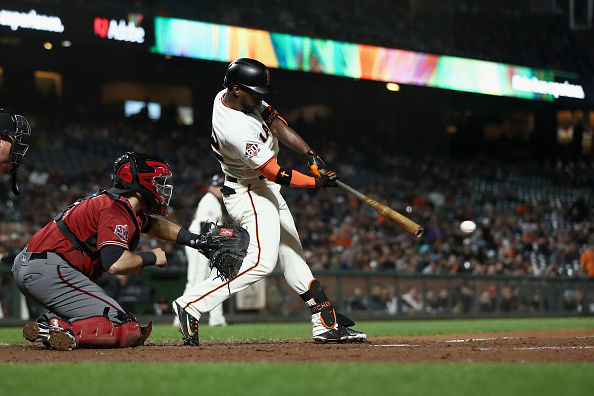 Last night, the New York Yankees added former National League MVP Award winner to Andrew McCutchen to the team after pulling the trigged in a trade with the Giants.

It's August 31st and Andrew McCutchen is a New York Yankee. pic.twitter.com/yuIWnZrkeo

Andrew McCutchen, who was acquired from the Giants with cash considerations ($1.2 million) on Friday morning. New York sent a pair of Minor League prospects to San Francisco for the 31-year-old McCutchen, who is expected to don the pinstripes for Saturday’s 4:05 p.m. ET matinee against the Tigers. McCutchen has shaved his beard and said that he is ready to help the Yanks, who have been without Aaron Judge since July 26 due to Judge’s fractured right wrist.

Now that McCutchen is with the Yankees he was forced to shave off his beard due to the team’s long standing rule that players need to be clean shaven.

Andrew McCutchen had to shave before joining the Yankees. What a weird rule. pic.twitter.com/7IUgSl0HS2

The Internet had some pretty funny reactions to Cutch’s new look.

Is that Don Cheadle? pic.twitter.com/hkn0cYRebO

I just saw a picture of Andrew McCutchen without the beard…and oh my god. So weird… 😳

As a bearded man, pardon me while I weep for Andrew McCutchen's beard.https://t.co/SO5lmgGrDa

When was the last time Andrew McCutchen didn't have a beard? Yankees need to step into the 21st Century and #LetBeardsBe

Even McCutchen himself had jokes about his new clean shaven appearance.

Just gonna take me a sec to get used to my freshly shaved face😂. Other than that…let’s go!