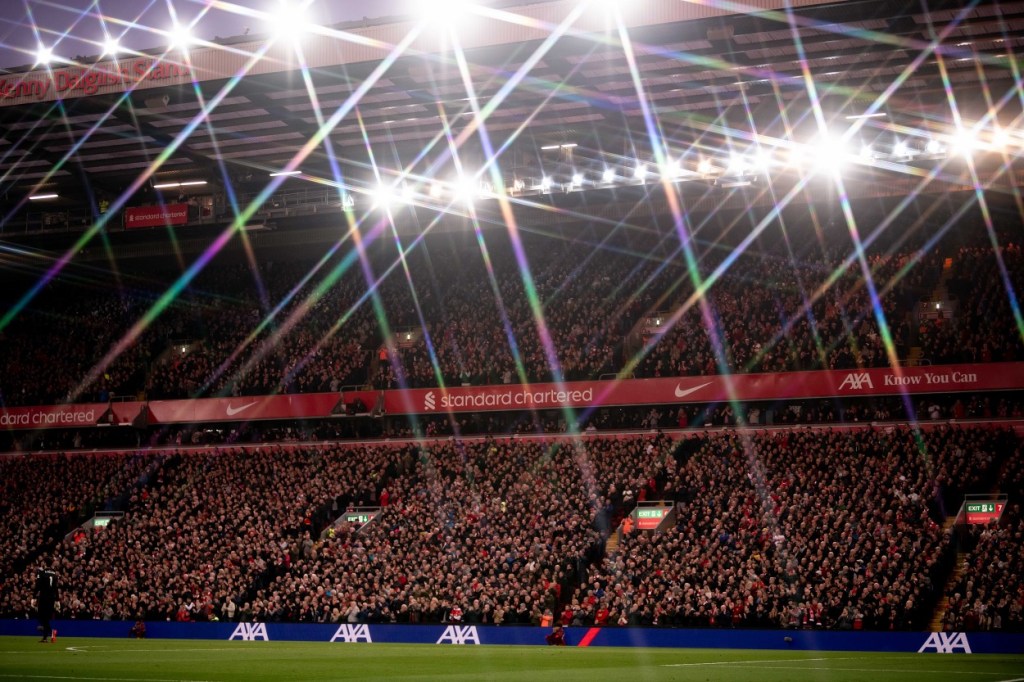 Portuguese superstar Cristiano Ronaldo announced on Monday that he and his girlfriend Georgina Rodríguez had lost their newborn son after they welcomed the birth of twins. As a parent myself I cannot even begin to fathom the heartbreak their family is experiencing right now.

After announcing the loss of their newborn son, Cristiano’s club Manchester United announced he would sit out for the team’s Tuesday clash against Liverpool. I don’t think a person alive would’ve expected him to lace up for the match after experiencing such a life-altering loss.

Even though he wasn’t on the pitch at Anfield Stadium for Liverpool vs. Manchester United, Cristiano Ronaldo’s presence was felt. Fans from both clubs paid him a special tribute by joining together to sing ‘You’ll Never Walk Alone’ by Gerry & The Peacemakers, Liverpool’s iconic song. Maybe I’m getting choked up because I have a young son myself or maybe it’s just the natural human reaction to feel emotional at such an outpouring of love from strangers.

Liverpool fans pay tribute to Cristiano Ronaldo with a round of applause. He lost his son earlier this week. RIP

Minute's applause all around Anfield in the seventh minute in tribute to Cristiano Ronaldo's son who tragically passed away recently.

What a tribute two cr7 Ronaldo

Liverpool fans are with u

What a sets of fans we are

Are deepest condolences to u and ur family #LFC #LIVMUN pic.twitter.com/d84ItB9sif

Both teams are also wearing black armbands as a show of support for one of the greatest soccer players and athletes the world has ever known.

It has been confirmed there will be a minute's applause in the seventh minute of tonight's game following the sad passing of Cristiano Ronaldo's newborn son.

Both teams will wear black armbands in tribute. pic.twitter.com/jBVetrNk7q

For anyone out there who has never heard the original version of this song, here it is:

From one parent to another, I simply cannot imagine the heartbreak that Ronaldo is feeling at this moment. He’s living every parent’s worst nightmare right now. If you can spare a positive thought to send his way I’m sure Cristiano Ronaldo and his family could use it right now.