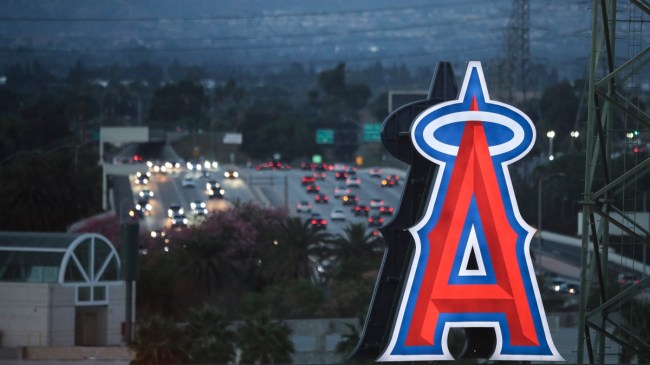 The Los Angeles Angels have been struggling for several years now and reports suggest the team is up for sale.

Owner Arte Moreno has received some offers. However, it sounds like he’s turned everything down so far.

That’s all fine and dandy, as Moreno likely values the team at a high price. Even so, according to Front Office Sports, the Angels owner turned down the highest sale price in MLB history. Reports indicate that Arte Moreno didn’t take a $2.42 billion offer.

At least three bidders, one from Japan, were offering more than the record $2.42 billion. pic.twitter.com/cz1hcPnDtT

If true, then what is Moreno thinking? It’s hard to imagine the Angels being worth any more than that offer. Especially considering it’s the highest sale price ever. It’s not like LA is the New York Yankees or anything. This franchise has been the second-best team in their own town for years.

As it turns out, Arte Moreno opted to not sell the team, per Front Office Sports. So, after rumors of the Angels going up for sale, the owner changed his mind.

A potential sale could've reached nearly $3 billion, but Moreno has decided not to sell the team.@Justin_A_Byers has more ⤵️https://t.co/VsVt3Vgf0n

Could you imagine turning down $2.42 billion? That is an insane amount of money. Oh well. Arte Moreno would rather continue being the owner of the Angels. Hopefully, for the fans, Los Angeles can build a playoff-caliber roster for once.