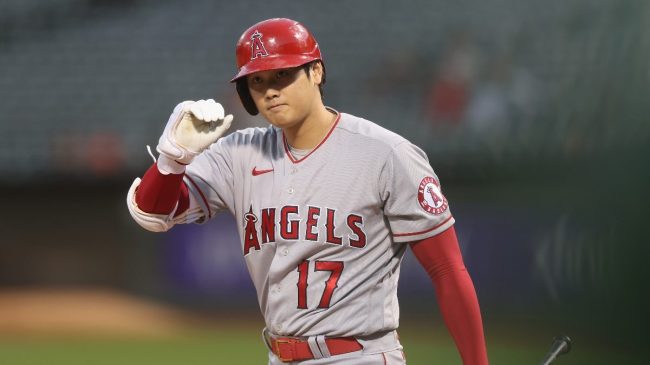 Although Shohei Ohtani had an MVP-like season, the Los Angeles Angels fell short of making the playoffs. It’s not a great look for the organization, as they have two of MLB’s biggest stars on one roster. Now, it appears trade rumors are already swirling around Ohtani as he bashes the club for its lackluster year.

According to ESPN, The Angels star revealed how he truly feels about the team after LA fell apart in the final stretch of the season. Shohei Ohtani doesn’t hold back whatsoever. “I have to say that August and September in particular felt longer to me than last year. We were not able to play as many good games as we would like — including 14 consecutive losses. So I have a rather negative impression of this season.”

Ouch. As of now, Ohtani is set to play the 2023 season in Los Angeles. However, trade rumors are already swirling around Shohei Ohtani and the Angels, per Joon Lee of ESPN.

We’re not even through the playoffs yet and Los Angeles can’t stay out of the rumor mill.  The Angels have expressed they’d like to keep their dual-threat superstar. However, considering he’s openly criticizing the club, the clock might be ticking for a potential trade down the road.

This is definitely a situation to monitor. Especially once the offseason begins. Shohei Ohtani is one of the biggest stars in the MLB and any franchise would love to have him. In the end, trading Ohtani might be best for the Angels, as entering a full rebuild might be the best way to go at this point. These rumors are only going to heat up as time goes by.