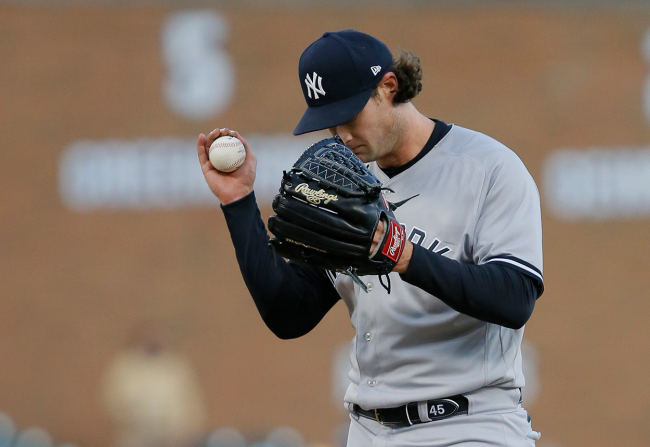 Of the many cringeworthy episodes of The Office, The Dinner Party and Scott’s Tots are at the top. The latter, in particular, is almost unwatchable after a few times through the series because it just hurts to the core in the best, funniest way possible.

Well, on Tuesday night, there was a Scott’s Tots moment during the Angels home broadcast. As Los Angeles played on the road in Houston, the Angels broadcast team took a pause in the action to discuss other score around the league.

Among them, the Yankees beat the Tigers despite pitcher Gerrit Cole throwing only 1.2 innings, his shortest start of his career. Because he did not make it through two innings, he did not purchase 600 laptops to underprivileged children— at least, so believed the L.A. broadcast team.

After Cole got yanked on Tuesday, a fake, parody account posted a false report that likened Cole to Michael Scott.

Unfortunately for the Angels broadcast crew, they must not have seen the Scott’s Tots episode. They believed the false report hook, line and sinker.

While running through scores around the league, they reported that Cole kept the children from getting free laptops. They bought it and they reported it as truth.

Obviously, it is not true. Cole did not guarantee MacBooks to 600 children if he made it through two innings. He did, however, get yanked after 1.2 innings against the Detroit Tigers, which might be just as bad or worse.