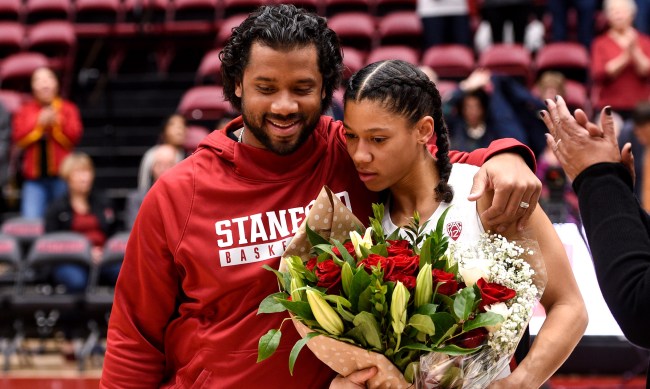 Imagine having an older brother who plays quarterback in the NFL. Sounds pretty cool, right? And it is. But also imagine all the comparisons you would have to deal with, especially if you too played sports like Anna Wilson, younger sister of Seahawks quarterback Russell Wilson and, until the pandemic shut everything down, a guard for the Stanford Cardinal women’s basketball team.

As the title of a story she and Katie Barnes wrote this week for ESPN.com says, “I’m more than a basketball player and more than Russell Wilson’s sister.”

One can imagine that, despite the perks that come with having a rich and famous sibling, getting that message communicated to certain people could become a little frustrating for someone like Anna Wilson.

She’s a pretty darn good athlete in her own right. After moving in with Russell prior to her senior year so she could get acclimated to the West Coast before heading off to Stanford, her high school basketball team went 29-0, won the state championship, won the Nike Tournament of Champions, and she was named a McDonald’s All-American.

However, during the McDonald’s All-American game, Anna suffered a concussion – her third – and for eight months she couldn’t play.

That’s when her big brother Russell provided her with some inspiration.

“The biggest part for me was my ability to not get shaken,” she told Bleacher Report in 2017. “With Russell, people always told him he couldn’t do something. In my experience with basketball, I never really had anybody tell me I couldn’t do it. But the last few months I could relate to how he felt. And I never really changed who I was. It’s just a really good story to tell.”

Russell also sought the advice of a friend – a friend who just happens to have had his own issues with concussions and is named Sidney Crosby.

Armed with some recommendations from Crosby, Anna was finally able to make it over the hump and back on to the court.

As for not being able to play in the NCAA Tournament this March, Anna provided some great perspective.

“I thought I’d have a few more games, another chance to make a run at a championship,” she wrote. “One last dance, as they say. Under normal circumstances, that might have felt devastating, but I’ve been thinking about life after sports for quite some time. Many of my fellow athletes are being forced to think about it today, much sooner than expected. But this is one thing I’ve learned: Your identity isn’t based on your circumstance.”

That too, is “just a really good story to tell.”