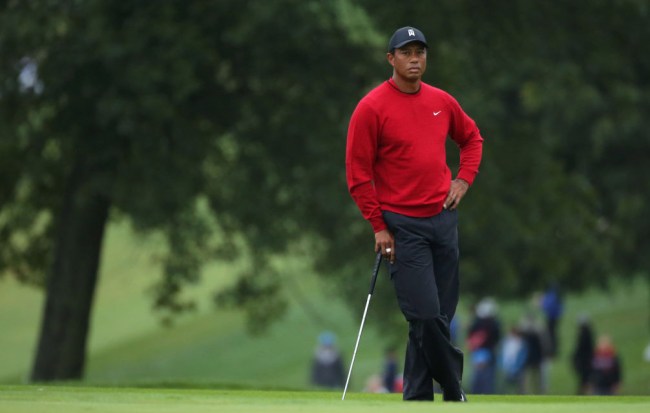 If you are a fan of the PGA Tour then this new anonymous survey conducted by the folks over at Golf magazine is going to be a must-read.

At the at the PGA Championship and the Wyndham Championship, Golf magazine asked 59 PGA Tour pros questions to anonymously comment on 27 topics from have you ever played a round hungover (many have) to have you ever witnessed a Tour player cheat?

Among the 59 players they polled, there were four major winners, one 2018 major winner and three of the top-20 players in the world.

They also hit on other topics like unruly fan behavior, President Trump, Tiger Woods, Tiger vs. Phil, gambling, golf equipment and much more.

ARE YOU CONCERNED THAT TOUR PLAYERS ARE HITTING THE BALL TOO FAR?

“I just wish I hit it farther.”
“Equipment has taken a ton of skill away from the game.”
“The problem is that the ball goes too straight.”
“Yes — 300 yards doesn’t cut it anymore.”

HAVE YOU EVER PLAYED A TOURNAMENT ROUND HUNGOVER?

HAVE YOU EVER WITNESSED A FELLOW TOUR PLAYER CHEAT DURING A TOURNAMENT ROUND?

“Multiple times. The Tour is a joke when it comes to enforcing the rules.”
“I’ve seen guys bend the rules and mark their ball improperly.”

HAS UNRULY FAN BEHAVIOR EVER COST YOU A SHOT?

“Every. Single. Week.”
“Not enough people are ever watching me.”

WILL TIGER WIN ANOTHER TOUR EVENT?

TIGER VS. PHIL MONEY MATCH: WHO’S YOUR MONEY ON?

WOULD YOU TAKE ONE MAJOR OR 10 TOUR WINS?

WHO HAS THE MOST NATURAL TALENT?

“Dustin is a freak of nature.”

Check out the entire survey over at Golf.com.