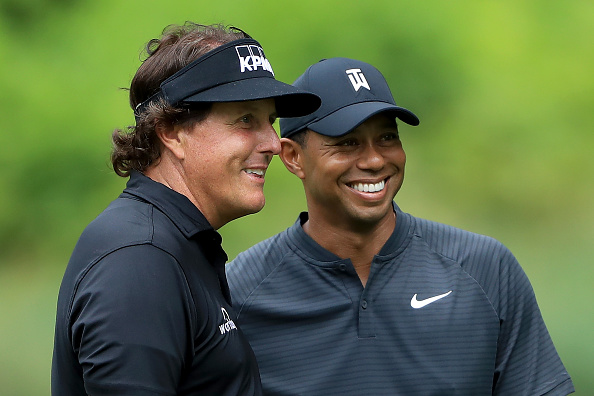 This afternoon, the Golf world lit up with excitement after Phil Mickelson finally got with the times and joined Twitter

Apparently Phil joined Twitter to help promote his big-money PPV match against Tiger Woods which is officially set for Thanksgiving.

JUST IN: Turner has acquired the rights to Tiger Woods vs. Phil Mickelson head-to-head matchup taking place at Shadow Creek in Las Vegas.

The winner will walk away with $9 million.

Pay Per View will be distributed through B/R Live among other platforms.

The news was later confirmed by Tiger Woods himself.

Of course Phil had to chime and talk some trash because that’s what he does.

He even went on troll Tiger for posting this picture on his account that featured a pretty glaring mistake.

@TigerWoods I see you have a left-handed driver, well played. I hope it's a Callaway pic.twitter.com/qWuXsGVC6z

Left handed driver? No wonder he's been struggling a bit with hitting fairways! 😝

Finally Phil coming in clutch with the tweets!

Comes out trolling on his first day haha

This is like hitting a homer in your first at bat. Well done Lefty!