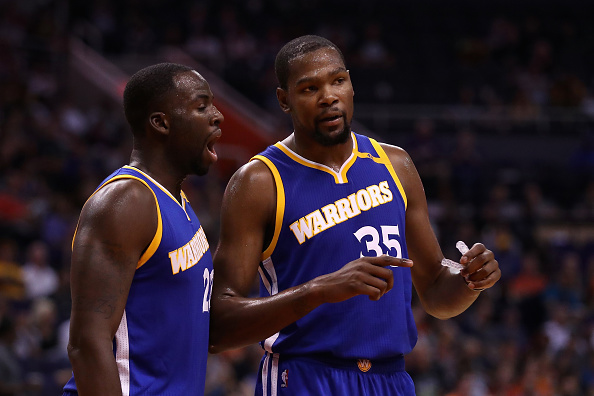 Are the Warriors really falling apart right in front of our eyes?

At the end of regulation of Monday night’s Clippers-Warriors game, Golden State forward Draymond Green decided to run up the court with the ball in the final seconds of a tie game instead of passing it to Kevin Durant who was asking for the ball.

Durant and Green proceeded to yell at each other on the bench after the play.

During the argument, Green reportedly called Durant “a bitch” and challenge him over his pending free agency this summer

Sources: In midst of verbal exchange on court late in Monday's game, Draymond Green challenged Kevin Durant about Durant's impending free agency. As teammates came at Green about his turnover, he responded. This has been a simmering issue for the Warriors today.

According to Marcus Thompson of the Athletic, one anonymous player admitted that there was no way Durant was coming back this summer because of what Green said to him during the confrontation.

According to multiple sources, Green then went on to make it clear he’s been making plays for years,” “He reminded Durant the Warriors were winning before Durant showed up so he wouldn’t stand for Durant talking to him as if he were a scrub. Green accused Durant of making the whole season about him even though he was going to leave after the season.

“Green let out his frustrations about how Durant has handled free agency — keeping his options open and keeping the story alive, consuming the Warriors and their season with talk of what Durant will do next.”

“With what was said, there is already no way Durant is coming back,” one player said. “The only hope is that they can say this summer, ‘See, KD. We’ve got your back. We protected you from Draymond.’ ”

Looks like the NBA season is starting to get good.