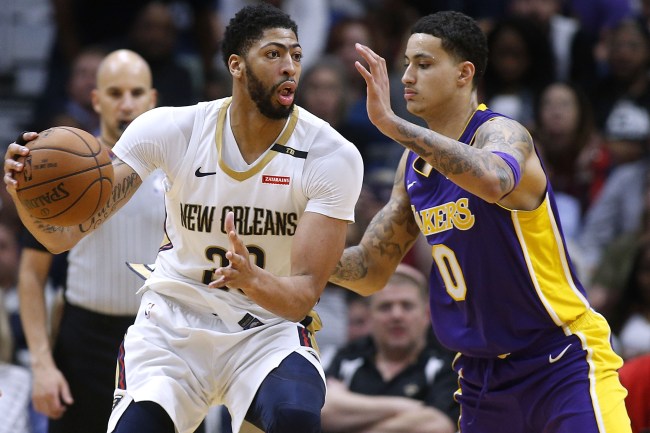 Yesterday morning Anthony Davis’ agent Rich Paul made shockwaves throughout the NBA world when he announced that Pelicans star Anthony Davis was requesting a trade from the team.

Paul is expected make it known to other organizations across the NBA that Davis will not re-sign with any team other than the Lakers which potentially force the Pelicans to trade AD to L.A..

After agent Rich Paul of Klutch Sports told ESPN on Monday that he had informed the Pelicans that Davis wouldn’t sign an extension this summer and wanted a trade, multiple league sources expect the agent and star to soon deliver word throughout the league that Davis’ preferred destination is the Lakers and he’ll become a rental player until 2020 with a trade anywhere else.
It would be an attempt to depress offers in the marketplace, a way to perhaps make the Lakers’ trade package more appealing.

It seems like the Lakers, Paul and Davis want a deal done before the trade deadline next week but the Pelicans are more than happy to drag this into the offseason.

Lakers will push hard for a deal prior to the trade deadline, and Pelicans officials know this: L.A.'s best offer on February 7 will still be available to New Orleans months later — when Boston can be in the bidding. https://t.co/8NUUp5i2VX

New Orleans is operating with an understanding that the Lakers’ best deadline offer could still be available to the Pelicans in the offseason — once the asset-rich Boston Celtics can become factors in the Davis discussions.

“We will do this on our terms and our deadline,” the Pelicans said in a statement Monday.

There’s a lot of posturing going on between the Pelicans and the Lakers right now but it seems likely that AD is going to be playing alongside LeBron James in the near future.