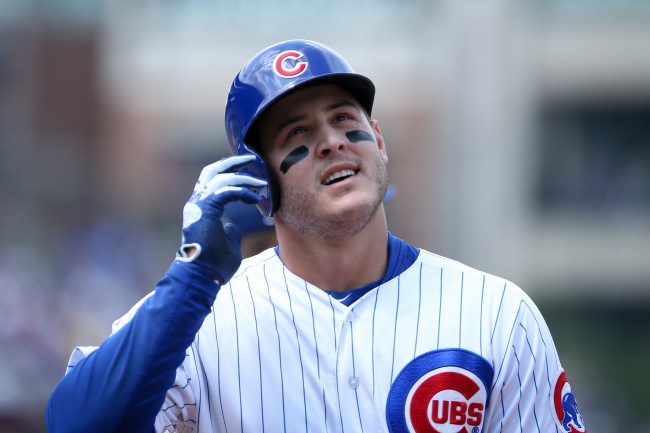 In April 2008, Chicago Cubs first baseman Anthony Rizzo was diagnosed with Hodgkin lymphoma. The diagnosis came one year after Rizzo, then 18, was drafted in the sixth-round of the 2007 MLB Draft by the Red Sox. Fast forward nearly a decade and six months of chemotherapy treatment, the Florida native is in not only in remission, but is a World Series Champion and three-time All-Star.

Those difficult times has evidently inspired Rizzo to help children struggling with illnesses. The 28-year-old  has frequented Chicago’s Lurie Children’s Hospital many times over the years, but on Tuesday carried with him a $3.5 million check from The Anthony Rizzo Foundation to fund programs for patients and families dealing with cancer.

Fighting off tears, Rizzo spoke to a packed waiting room about the donation.

“I remember sitting with my mom saying we were going to do this 10 years ago. And it’s just a little step toward our mission,” he said.

“To be able to give back, to do this type of work, is so much bigger than a World Series and doing anything on a baseball field just because my family’s been through it, there’s so many families going through it,” Rizzo said. “This is as real as it gets in life.”