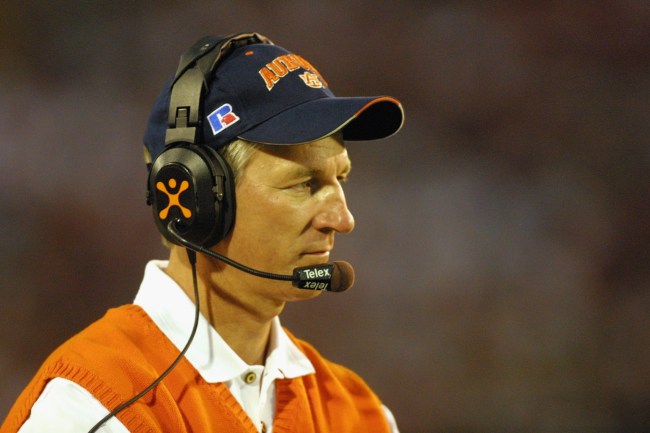 Alabama Senator Doug Jones is trailing in the polls against Tommy Tuberville which means it’s time for Jones to bust out the smear campaign.

During halftime of Saturday’s nationally televised Alabama-Texas A&M game on CBS, Jones ran an anti-Tuberville ad that called Tuberville a “quitter” and documented all the times the former college football coach quit on his teams over the years.

The anti-Tommy Tuberville political ad that ran on CBS calling him a quitter is loooooool pic.twitter.com/27ExWzvtY0

The ad ran nationally and it might go down as one of the best political ads to ever run on TV.

I just watched the most SAVAGE political ad I’ve ever seen halftime of the Bama game.

DAMN DOUG REALLY WENT FOR THE THROAT FOR TOMMY TUBERVILLE
HE DEADASS AIRED THIS AT A HALFTIME MATCH FOR ALABAMA ON CBS
BRO KNOWS WHERE THE BAMA VOTERS ARE AT https://t.co/hykOr2yiNM

They just ran the Tuberville Alabama attack ad on CBS NATIONALLY. I just got it in New York.

If you got the money, spend it. And Doug Jones said https://t.co/tIvWyfluSN pic.twitter.com/nWEF6NGDVj

Can’t stop laughing at this anti Tommy Tuberville commercial. 100% chance it was made by a Alabama fan 😅🤣

This Anti Tommy Tuberville campaign commercial calling him a quitter is beautiful (even though I'm for him). pic.twitter.com/UZWuuv1dO9

I might move to Alabama just to vote against Tommy Tuberville by Nov. 3… pic.twitter.com/C5hDKySf8R

@DougJones just ran this on CBS during the Alabama-Texas A&M game, this is one of the best ads I have seen this political cycle

it's a tough seat to keep, but if you can let's help Doug Jones stay in the Senate#VoteBlue2020 #VoteBlueDownBallot #vote https://t.co/Bjqnr0Q374