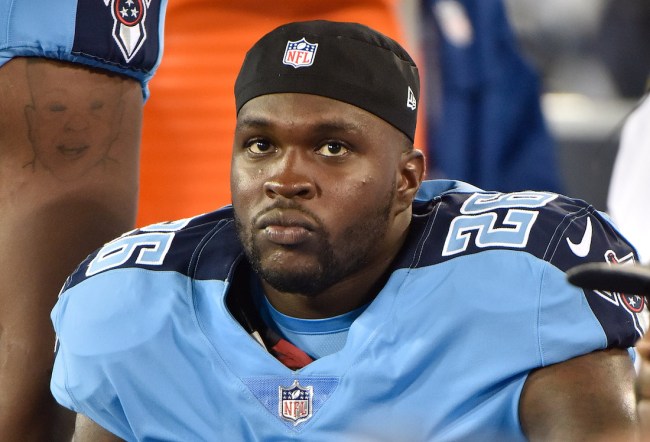 Unless you’re a Tennessee Titans fan, the name Antonio Andrews probably doesn’t ring a bell. A former undrafted free agent of the Titans, the former running back played a total 34 career NFL games, enjoying his best season in 2015 when he rushed for 520 yards and three touchdowns. After that, though, his career sort of just fizzled out.

What Andrews has been up to since then is anybody’s guess. But his name is making headlines today because, for some reason, the guy decided that biting a woman’s nose while on a date with her would be a good way to end his night. Spoiler Alert: It wasn’t.

According to WSMV, per a police affidavit, Antonio Andrews met with a woman around Nashville’s Midtown area for dinner and drinks, eventually going back to his nearby apartment. The former NFL player asked for her phone, she refused to give it to him, and, boom, the dude leaned in and bit her nose before snagging the cellular device and running off. Take a look at the full details below.

When officers responded, Andrews had left the scene. When he talked with officers at first, he told them that he and the woman went to dinner and “while driving back to his apartment were trying to think of what else to do for the night,” the affidavit stated.

After admitting to the meeting, police stated that Andrews was in violation of his protective order with the woman because his conditions included staying away from her.

OK, so this is absolutely bizarre AF. Like, man, talk about a twisted scene that’s worthy of a reality TV show episode, right? You always hear about stuff like this happening on things like that, but rarely do they actually come to life. I guess Antonio Andrews was just lucky for being the leading role… or something like that.

Let this be a reminder that jealousy is a real sunnavabitch and can cause stupid things like this to occur. Add in lying to the police — as Andrews did — and it only makes things worse. And, for his part, the former NFL player was charged with aggravated stalking, vandalism over $1,000, violation of an ex-parte protective order and harassment. Talk about a bad date.