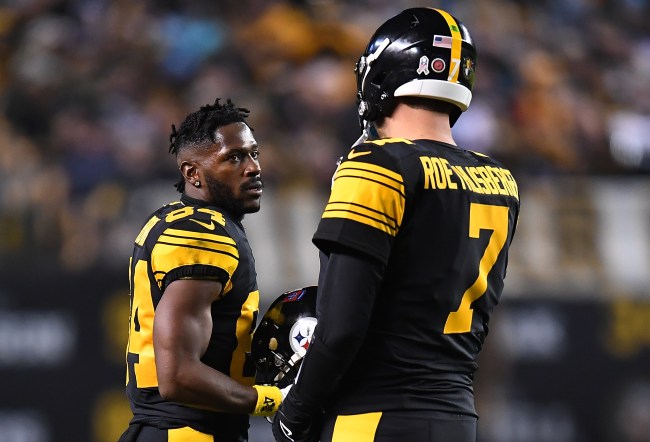 Antonio Brown seems to be burning every bridge on his way out from Pittsburgh.

Last month it was reported that Brown had requested a trade from the team after a heated exchange with QB Ben Roethlisberger in practice.

Brown followed through this week by making his trade request public by releasing a video on social media where he said goodbye to Steelers fans.

This afternoon several twitter users noticed that Brown had liked several tweet that called out Steelers QB Ben Roethlisberger for being a “rapist”, a reference to Roethlisberger’s sexual assault cases from 2009 and 2010.

The liked tweets were discovered as Brown was set to meet Steelers owner Art Rooney.

Antonio Brown has requested a trade. The #Steelers have not yet decided what to do. But at the very least, the owner will now get to sit down with one of his best players to clear the air and see what will happen moving forward. https://t.co/VwpmeEjKap

Yeah, there’s no chance Brown ever plays for the Steelers ever again.