Antonio Brown Unfollows Derek Carr And The Oakland Raiders On Instagram, Fuels Speculation That He Wants To Join The Texans 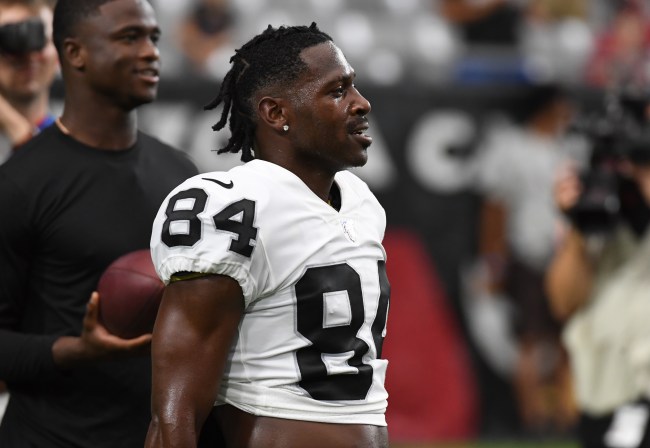 The never-ending Antonio Brown drama in Oakland is reaching its peak and could end with the diva wide receiver getting cut and joining another team.

Today, it was revealed that Brown was expected to be suspended by the Raiders for threatening to punch GM Mike Mayock in the face after Mayock had fined him for missing practice a few weeks ago.

Apparently, the Raiders may opt to suspend Brown and cut ties with him immediately to void $30 million in guaranteed money in his contract.

There are those around the league who now believe the Raiders could suspend Antonio Brown with the idea of trying to void the $30.125 million of guaranteed money in his contract.

Which obviously would end his time in Oakland.

There are some within the Raiders that want the organization to move on from the mercurial Brown, according to Schefter, and sources around the league believe that the team could suspend him with the idea of trying to void the $30.125 million guaranteed in his contract.

The significance of a suspension is that it would void (assuming normal contract language) his $29,125,000 in contract guarantees. However, if he's on the Active Roster on opening day his $14,625,000 '19 salary becomes guaranteed because he's a Veteran. They could suspend him https://t.co/I1w7QTgFoq

and then release him and then they would owe him nothing in terms of guaranteed money. The Raiders in all likelihood would try to recoup their $1,000,000 signing bonus as well.

While the team decides Brown’s fate the superstar wide receiver went on Instagram and unfollowed both QB Derek Carr and the Raiders.

It appears Antonio Brown has unfollowed both the Raiders and Derek Carr on Instagram. Welcome to 2019. pic.twitter.com/BQdau1YwJC

After unfollowing the Raiders, Brown continues to follow the Houston Texans on Instagram which is fueling speculation about his future.

Antonio Brown has just unfollowed the Raiders and the only team he is following are the Houston Texans. This is going to be interesting 🤔 pic.twitter.com/edPKfN8jyq

Fun fact for ya: Out of all 32 NFL teams you want to know which one Antonio Brown follows on instagram? Raiders? Steelers??