Antonio Brown Reportedly Accused Of Committing ‘Felony Battery And Burglary’, Refuses To Give Himself Up To Police 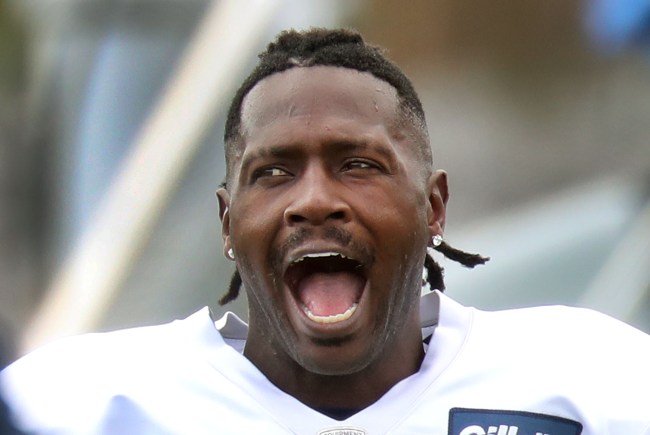 Antonio Brown is in trouble with the police and he’s refusing to give himself up which is causing a bit of a scene a Hollywood, FL neighborhood.

On Tuesday afternoon several police officers were called to Brown’s house after he was accused of committing battery relating to a moving truck and its workers.

Hollywood police are investigating Antonio Brown for possible battery at his home today source told ESPN. There is still an active scene at Brown’s home as police determine if battery charges will be brought against him. As of now he has not been arrested. Story coming shortly.

A 911 call was placed to alert police of a possible battery and police arrived on the scene to get more information.

There is a police briefing expected at the Hollywood Police Department at 7 p.m.

Police described the scene as active. Brown’s home is located in a gated community in Hollywood where multiple neighbors told ESPN they’ve been fed up with the antics coming from the Brown home.

According to TMZ, the police are trying to convince Brown to give “surrender peacefully’ as they obtain an warrant for his arrest.

.. Antonio Brown has been accused of felony battery and burglary stemming from an incident with a driver who works for a moving company.
We’re told cops are actively working on getting a warrant for Brown’s

arrest and they’re trying to convince the NFL star to surrender peacefully.
Our source says a man who was with Brown at the time of the alleged altercation has already been arrested.

The cops have made frequent trips to Brown’s home over the past month and were recently there a few weeks ago and got cussed out by the former wide receiver.