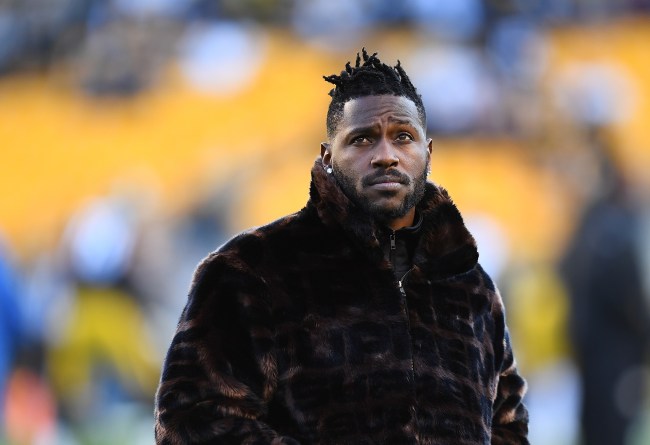 All week long Brown has decided to get into a war of words with former teammate JuJu Smith-Schuster.

JuJu wasn't having it. pic.twitter.com/Fx9gDwEzxu

For whatever reason Brown thought it was a good idea to post a private DM Smith-Schuster sent him while he was in college asking for advice.

Antonio Brown just put up a 2015 DM from JuJu asking for advice while at USC… pic.twitter.com/fJPDs1XQtq

Brown received plenty of hate for the post from the Internet.

Is he making fun of JuJu for trying to become a better receiver?

So if the intent of putting this out there was to make people think more highly of JuJu and less of AB I’d say mission accomplished. Wow

Brown is not blaming “media fakes” and vows to stay silent to not give them any more “ammo”.

Not giving you media fakes no more ammo …….. enjoy my name AB !!! I am in Cali living ready to ball no nonsense !! You trollers troll ☠️! To good to worry #CallGod

We all should have known AB had a screw loose when he started dying his mustache blonde.