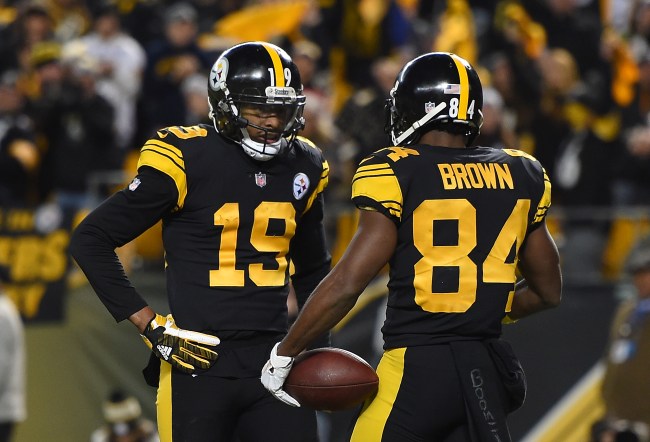 Antonio Brown continues his war of words with his former Steelers teammates.

After forcing a trade from the Steelers earlier this year Brown has been on the offensive taking shots at former QB Ben Roethlisberger and wide receiver JuJu Smith-Schuster.

Here is AB on LeBron James’ show “The Shop’ calling out Big Ben for having an owner’s mentality.

JuJu Smith-Schuster went on to defend his QB on Twitter which appeared to rub Brown the wrong way.

This afternoon Brown was made aware that Smith-Schuster was named MVP of the Steelers for the 2018 season and he went on to take another shot at JuJu by implying that he choked during the final game of the season.

Smith-Schuster took to Twitter and responded to Brown’s shots at him.

All I ever did was show that man love and respect from the moment I got to the league. I was genuinely happy for him too when he got traded to Oakland w/ a big contract, and now he takes shots at me on social media?

Crazy how big that ego got to be to take shots at people who show you love! Smh