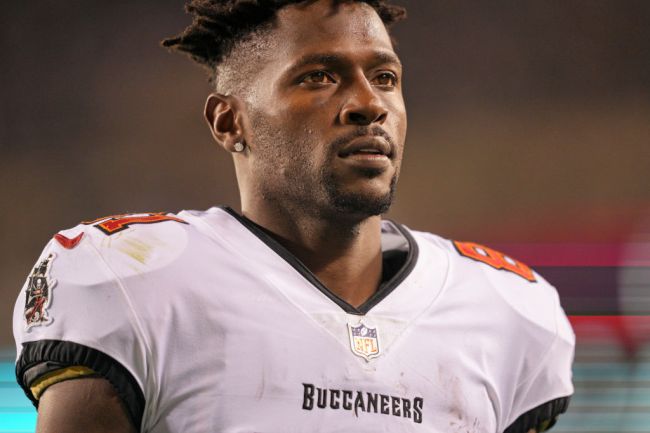 Antonio Brown tried to get away with lying about his fake vaccine card, but his story unraveled quickly because he’s an absolutely terrible liar.

Earlier this week, the NFL announced they were suspending Brown, his teammate Mike Edwards and free-agent wide receiver John Franklin III for misrepresenting their vaccination status.

Antonio Brown, Mike Edwards and John Franklin III have been suspended without pay for the next three games after misrepresenting their COVID-19 vaccination status, the NFL has announced pic.twitter.com/0k229zX5EZ

After his personal chef accused him of obtaining a fake vaccination card, Brown reportedly told the NFL that he drove 80 miles to Citrus County to get vaccinated without any of his teammates present. The NFL noticed Brown was lying when they found out the vaccination cards belonging to Edwards, and Franklin said all three players were vaccinated on the same day and at the same location.

What ultimately tripped up Brown was that the card said he was vaccinated in Citrus County, 80 miles north of Tampa. The Bucs offered players convenient access to vaccines at their facility to comply with strict league protocols.

Brown told investigators he traveled an hour and a half to Citrus County without teammates so he would not be recognized. But when the league discovered that vaccination cards belonging to Edwards and Franklin were distributed in Citrus on the same day, their stories unraveled, the league official said.

None of the players had personal ties to Citrus County, and the likelihood that they would have been vaccinated there independently on the same day was remote.

Brown is lucky that he only got a three-game suspension considering he straight up lied to the NFL about his fake vaccine card.