Antonio Brown Agrees To Fight Logan Paul At Maxim Super Bowl Party, Claims He Could Make $8 Million For Fight And Will Donate It To Charity 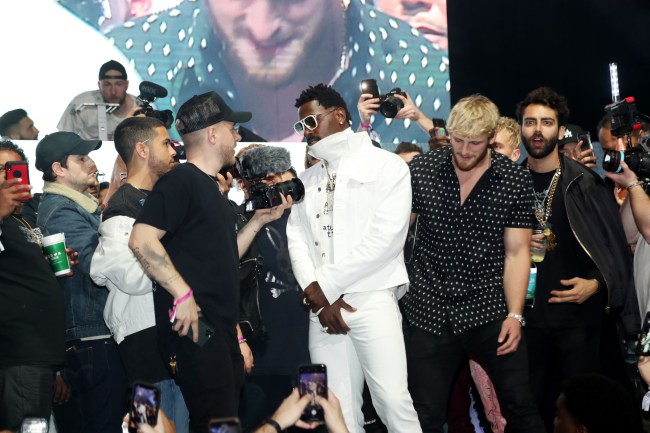 It looks like the Logan Paul-Antonio Brown fight is happening after-all.

For the past month both Brown and Paul have gone back and forth on social media.

On Saturday nigh Antonio Brown finally agreed to face off against Logan Paul in a boxing match when they face-to-face onstage at the MAXIM Havana Nights Super Bowl Party in Miami put together by In the Know Experiences.

Should I fight @LoganPaul for 4.1m with possibly 8.2m raise?! I’ll donate proceeds to charity…he keep coming at me about this non-stop.

It’s going to be interesting to see if the fight actually materializes but with Brown’s inability to play football it could actually become a reality.