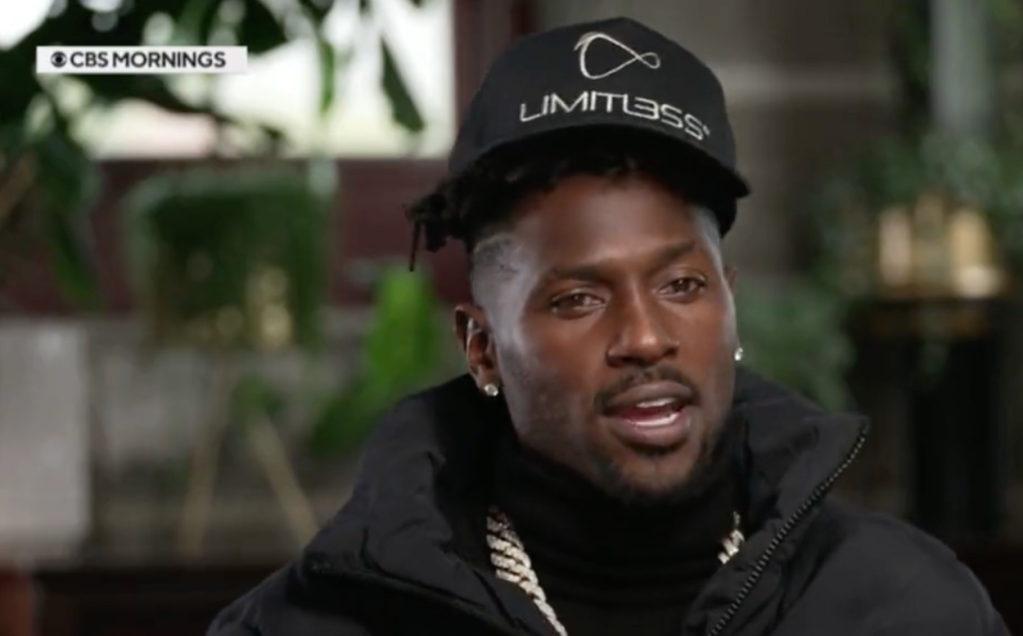 Millions watched Antonio Brown’s first interview after leaving the Bucs when he talked about ‘kumbaya’ for what felt like six hours. This will be different. In the teaser clip, we see that Antonio Brown is discussing his mental health, therapy or lack thereof, and how the perception of the team being a ‘family’ is all wrong.

Here’s a clip ahead of the full Antonio Brown interview that’s set to air on Thursday and Friday along with some quotes from Greg Auman.

Embattled NFL star Antonio Brown is speaking out in his first network news interview to @nateburleson, opening up about his mental health and why he walked away in the middle of a game, tomorrow on #CBSMornings. pic.twitter.com/QKhy3VEGHI

Antonio Brown touts his high IQ as the underlying reason for constant discussion about his mental health. You know what they say about people who brag about their IQ, don’t you? I don’t, I thought maybe you did. But I’ve heard they usually took IQ tests on random ads on websites and actually have no clue what their real IQ is…

Ex-Bucs receiver Antonio Brown, asked by @nateburleson on CBS this morning if he's ever talked to a therapist: "I tried it through the NFL. I don't really have time to consult with random people I don't know about my mental space or how I look at things."

CBS will air rest of Antonio Brown's interview Friday. Nate Burleson today: "He basically was saying this wasn't a family like everybody thought it was. From the outside looking in, it seemed like I was quitting on my brothers, he said. Some of these guys aren't my brothers."

He is way beyond Tom’s fix and help if that was what Brady tried. Gosh!

The way he threw Brady, Godwin, Evans, I mean who else is left to call a “brother”

Meanwhile, Lavonte David calls it the tightest locker room he's even been in after the loss Sunday. Wonder who I'm going to take at their word…🤔

Antonio Brown is in the Antonio Brown business and business is not booming like it once was. He’s getting older but can still physically compete in the NFL, for now. He’ll almost certainly get another shot from a team next season but we’re certainly seeing a pattern at this point.