Antonio Brown Shares Message For Ben Roethlisberger After His Retirement 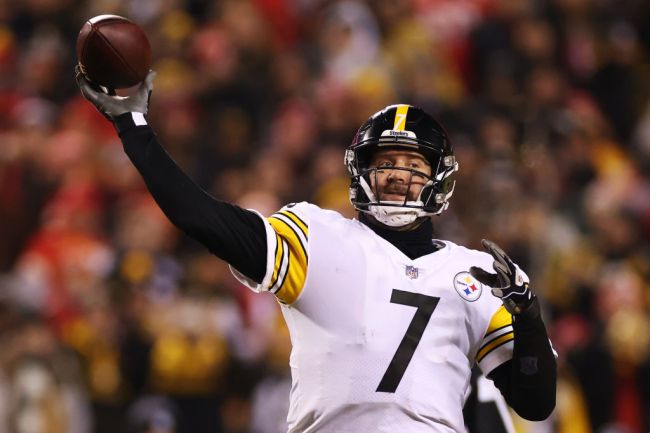 With all of the drama that has surrounded Antonio Brown over the last few years, it’s easy to forget that there was a time when he was mostly in the news for good reasons. those years came when he was playing with Ben Roethlisberger and the Pittsburgh Steelers.

During their time together, AB absolutely lit up opposing defenses and the Steelers were seen as one of the league’s best offenses. Today, Big Ben retired and Antonio Brown took to Twitter to send his former quarterback a message and remember the great years they had together.

It’s hard to argue with the sentiment in Brown’s message and you could even argue that they had the best trio in football during part of their run. There is also a strong argument to be made that AB was the league’s best receiver during his time with Big Ben.

During their time together, Brown led the league in receiving twice and put up 1834 yards in another season.Over the course of their partnership, the duo combined for 11207 yards and 74 touchdowns in the regular season.

Throw in Le’Veon Bell, who was one of the league’s top running backs during his time in Pittsburgh, and the Steelers offense was formidable.

Sadly, their time together came to an unceremonious end when AB forced the Steelers to trade him, winding up with the Raiders before his career began to unravel.

It’s nice to see Antonio Brown put aside any issues they had at the end of their time together and send a positive message to Ben Roethlisberger on the day of his retirement after he was such an important part of Brown’s career.