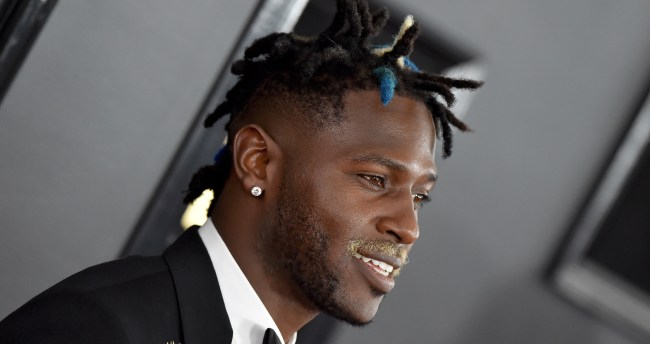 Antonio Brown may be in no hurry to play football, saying he will only play by “his rules,” but he’s still keeping busy.

PLUS, who needs football money when you can charge $500 making a half-assed personalized video message for someone with obviously way too much money?

Remember that service we told you about last August called Cameo? The one used by Brett Favre and numerous other celebrities like Bella Thorne, Michael Vick, and Terrell Owens? Yeah, that’s the same one Antonio Brown is using.

It’s time to take out that Cheese Hat, throw on a Packers jersey, and start squealing in joy into your phone ’cause Brett Favre has joined Cameo! The 11-time Pro Bowler, Super Bowl Champ, and best dad-jean wearer in the world has officially gone from sliding into the end zone, to sliding into your inbox with a personalized shoutout for you or your best friends.

Do yourself a Favre-or and book him now to trash talk your fantasy league, send your distant cousin a congrats on a new football-sized baby, or start your Monday morning meeting with one of the GOATs. Trust us, a Brett Favre Cameo is great ‘4’ any occasion!

Hopefully, Favre’s messages were better than Brown’s. And by better, I mean actually saying the correct message. Watch…

Antonio Brown has joined the website Cameo and is asking for $500 per video he films for you.

Below is an example they're using. #Steelers

"I hear it's your second anniversary…….wedding…" has me dying. pic.twitter.com/sAwb3syDPx

Brown does know that he can do more than one take, right?

Heck, I can get 14 personalized messages from Tyler Lockett for that price.