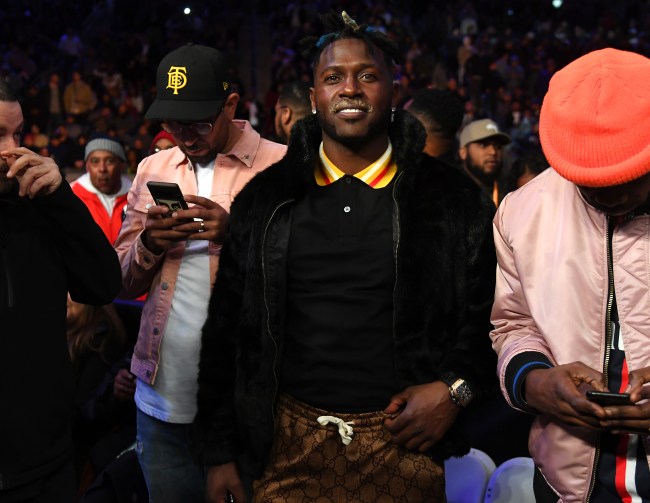 Antonio Brown might still be the one of the best wide receivers in the NFL, but, according to him, he can easily walk away from his playing career right now should his current team, the Pittsburgh Steelers, and whatever future team he lands on decides to do things their way. That’s what the outspoken wideout said in an interview with ESPN this weekend, while talking about his future after he and the Steelers have decided it’s time to part ways following a dysfunctional past couple of months.

In the interview, Brown was pretty candid about everything — both past, present and future — but future teams may be wary when the All-Pro decided to say that football’s something he wants, but doesn’t necessarily need. Check out the quote from Antonio Brown below, per NESN.

This is a bad look for Antonio Brown on a bunch of different levels. Considering he’s already mocked the entire Steelers organization since December, then called out his quarterback, Ben Roethlisberger, on a TV show that aired the other day, and has openly said that he’s looking for a new deal with whatever team he ends up with, it’s probably best he keep quiet so not to scare off other franchises.

Not sure who’s running PR duty for Antonio Brown, but it’s probably not the best look for a guy who’s already labeled a prima donna to say he’s only “going to play by my rules” when he’s openly being shopped to other teams. It’ll be interesting to see if other NFL teams take themselves out of the trade sweepstakes knowing his heart might not totally be in football anymore.