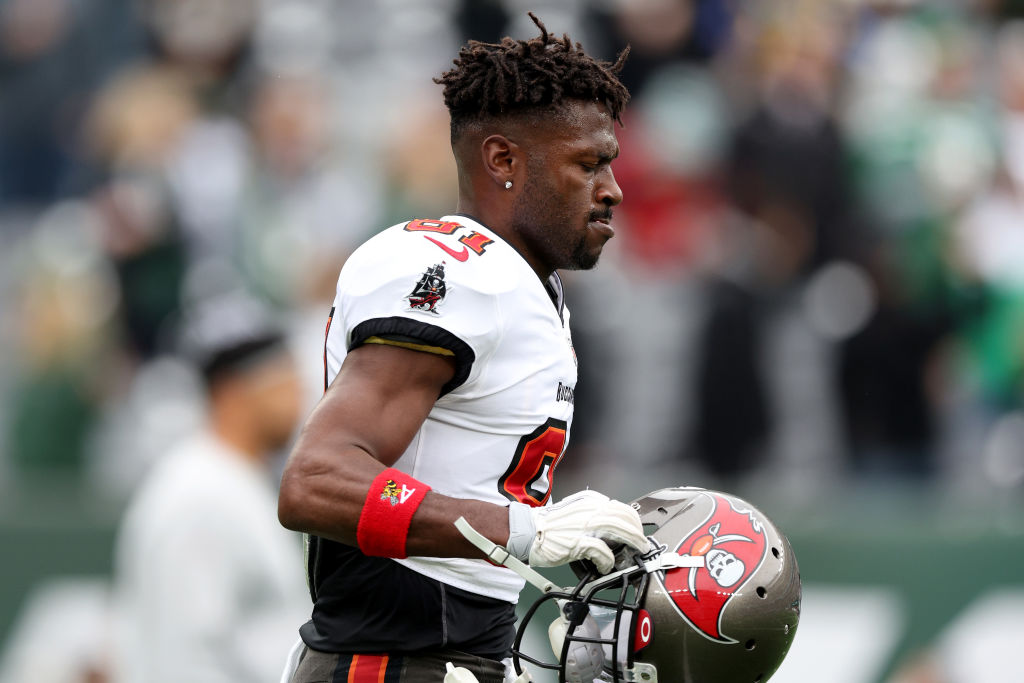 The police are patiently waiting for Antonio Brown to leave his home to serve an arrest warrant.

Last week, a warrant was issued for Brown’s arrest after he was accused of throwing a shoe at his ex-fiancee’s head and unlawfully evicting her from her house by throwing her belongings onto the street.

Brown eventually decided to lock himself inside of the home instead of turning himself in.

Tampa Police attempting to arrest former Buccaneers receiver Antonio Brown. A warrant for Brown has been issued, and Tampa Police are trying to get him to come out of the house. https://t.co/p0M7gmUQkL

According to Amy Dash of League of Justice, there has been a steady police presence outside of Brown’s house since last week and he’s believed to be inside the home.

Police say there is no other option except for Brown to either be arrested or turn himself in. The warrant will remain active. However, sources say that Brown does not seem ready to do that yet.

Via League of Justice

Police sources tell League of Justice that there has been a steady police presence outside of Brown’s home since Thursday, and they believe he is still inside his home, passively refusing to surrender. Police say there is no other option except for Brown to either be arrested or turn himself in. The warrant will remain active. However, sources say that Brown does not seem ready to do that yet.

Eventually Brown will have to be arrested even if he is able to later be released on bond and try to negotiate a plea deal on the charges, say sources. There is a possibility that Brown could face an additional charge for refusing to surrender which may be categorized as a non-violent form of resisting arrest. Non-violent resisting arrest is also a misdemeanor carrying up to one year in jail or twelve months of probation and a $1,000 fine. However, if the resisting arrest turns violent, the penalty increases significantly and could carry up to five years in jail or five years on probation.

Police reportedly aren’t worried about Brown’s well-being because he’s been in contact with other people.

Police say they are not concerned for Brown’s well-being because Brown has allegedly been in contact with other people over the past few days, just not them. However, police sources say those people have not been able to convince Brown to come out of his house.

It’ll be interesting to see how long Brown can drag out this situation.