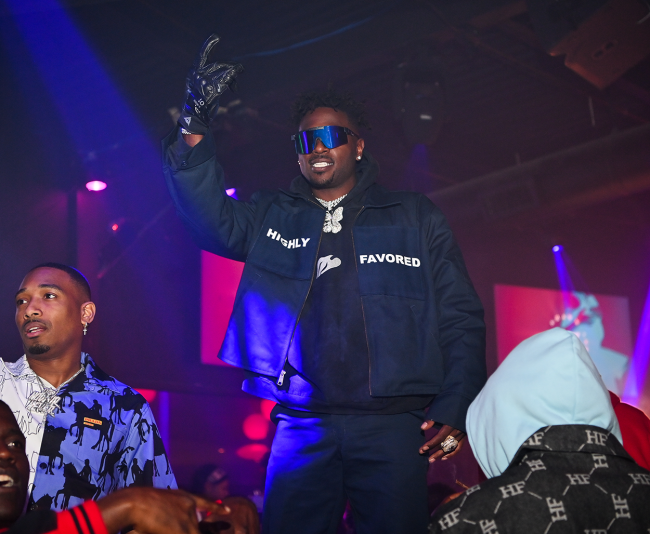 NFL training camp is underway and Antonio Brown is not on a roster. The 34-year-old, former four-time First-Team All-Pro wide receiver has not played a down of football since his bizarre outburst in January and does not appear to be making a return anytime soon.

Instead, Brown has pivoted to his music career. He released a 10-track rap album back in April and immediately debuted his new music in front of a less-than-excited crowd during a super cringeworthy performance.

Brown most recently performed in front of a packed crowd at Rolling Loud and began his quest to go viral. One of the best ways to have your music “pop off” in today’s age is by having it go viral on TikTok. The best way to make that happen is through a TikTok “challenge,” in which there is a dance attached to a specific audio.

For Brown, he is trying to make his song ‘Put That Shit On’ and its accompanying dance become the next big trend. He started the #PutThatShitOnChallenge and #DoYoDanceChallenge, which is the same thing with different names.

The challenge is very simple. You do Brown’s dance to his song. That’s it. That’s the whole thing.

Here is Brown’s explanation on how to properly ‘Do Yo Dance’:

It’s already catching on fast, especially within the sports world. Lamar Jackson said he can’t wait to do his dance.

And then his former teammate, Mark Ingram, hit the dance at training camp.

Most recently, LeBron James and Draymond Green got in on the viral trend.

It appears as though we will be seeing a lot of Brown’s ‘Put That Shit On’ dance this year. Especially on the gridiron.