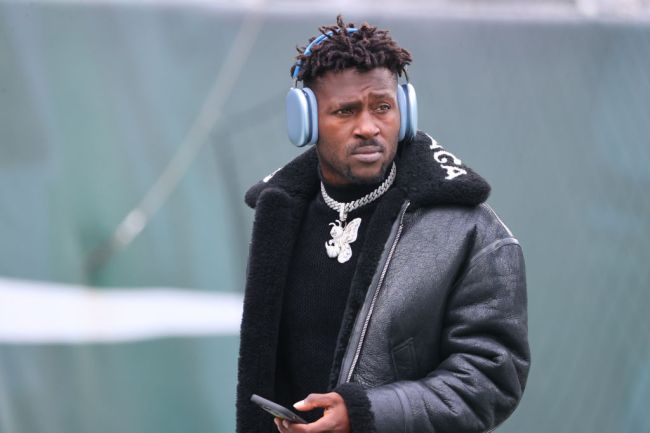 Antonio Brown is moving fast to capitalize on his infamous viral moment on Sunday.

On Sunday, Bucs head coach Bruce Arians announced that Brown is “no longer a Buc” immediately after the troubled wide receiver had a meltdown by running off the field while shirtless in the middle of the Bucs-Jets game.

Here's the video of Bruce Arians making the Antonio Brown news official: “He is no longer a Buc. That's the end of the story. Let's talk about the guys who went out there and won the game."pic.twitter.com/fVBlytElt0

After leaving the stadium, Brown was picked up by his personal driver and has already released a new rap song on Instagram.

It appears as if Antonio Brown just released a rap song titled “Pit Not the Palace.” He just linked to it on his IG. https://t.co/lrliDnTgRj

It’s only a matter of time until Brown reveals that he’s going to be fighting a Paul brother.

Hot take: AB will fight a Paul brother before the year is over